Power bank explodes inside back pocket of man using, charging phone while eating 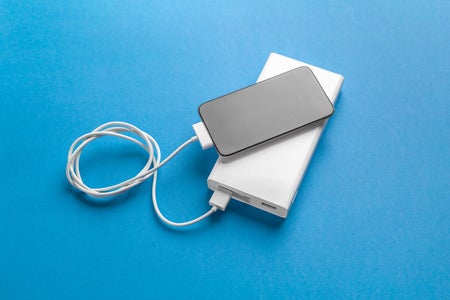 A middle-aged man dining at Bedok Interchange Hawker Center in Singapore was rushed to the hospital after his power bank exploded inside his back pocket.

The man, who was in his 40s, burned his palm while removing the power bank from his pocket during the incident which happened on Jan. 11, as reported by Lianhe Wanbao via The Straits Times yesterday, Jan. 12. He was taken to Changi General Hospital for the treatment of his injuries.

The report did not state the reason why the man’s power bank exploded.

An assistant for a duck rice stall, Huang Jia Qiang, recounted the man was using his phone while eating. His phone was connected to a power bank in his back pocket.

Suddenly, Huang heard an explosion from where the man was seated, the report said. He also noted that he smelled something burning.

Diners immediately helped the injured man who was in a lot of pain. They put ice on the victim’s palm before bundling his hand in food wrap.

They then called the authorities for help, as per the report. The Singapore Civil Defense Force responded not long after and rushed the man to the hospital. Kate Matriano/JB