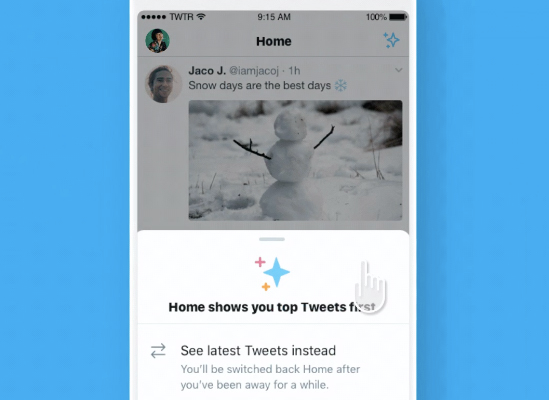 About a month ago, Twitter nixed the algorithm-based timeline for iOS users in favor of the original reverse-chronological feed. As of this week, the classic feed format option is returning to Android devices, as well.

Four years ago, Twitter chose to swap the reverse-chronological tweet timeline that the application debuted with for a “smarter,” algorithm-based feed bringing users the most trending posts “in case they missed them.”

This was a change that was not welcomed warmly by the majority of users, as it in essence defeated the purpose of a platform dedicated to live, real-time updates.

After a long run of trying to make this user-tailored feed happen, Twitter finally gave in to the constant requests to bring the OG feed back, which the company started implementing last month for iOS users leaving Android owners out of the loop.

New on iOS! Starting today, you can tap ✨ to switch between the latest and top Tweets in your timeline. Coming soon to Android. pic.twitter.com/6B9OQG391S

The company didn’t completely get rid of the smart timeline, however; instead, it was made optional while the time-ordered one became the default.

On Tuesday Android Twitter users everywhere rejoiced in the integration of the old-school feed back to their applications.

Android, we got you. Starting today, tap ✨ to switch between latest and top Tweets. pic.twitter.com/7rXo3BNEJ6

Now, just by tapping the star icon in the top righthand corner of the screen, users of almost all phones will be able to swap between timelines featuring the latest or the top tweets. JB