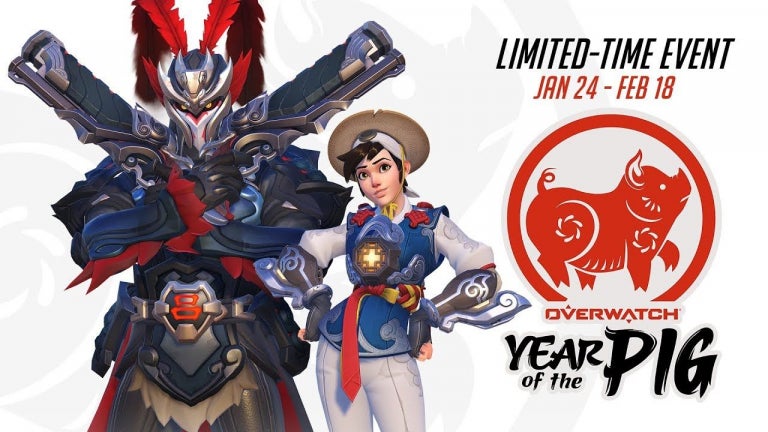 Team action game “Overwatch”, with its global spread of characters and locations, is starting celebrations for the Year of the Pig with a seasonal makeover for various maps and a selection of costumes and emotes, and other cosmetic items to purchase and unlock.

The South Korea and China-themed locations within “Overwatch” have undergone a makeover, while a new Thai map debuts in celebration of the Year of the Pig.

Busan now has a Capture the Flag mode, as a new season of competitive CTF begins, while Lijiang Tower has been spruced up in a more festive manner.

New on the scene is Ayutthaya, a palatial setting reflecting Thai sensibilities and also part of the Capture the Flag expansion.

Naturally, and in keeping with the “Overwatch” reputation, an armful of new character costumes, gestures, highlights, icons, voice lines, and graffiti motifs are also available to purchase and unlock as part of a Lunar Loot Box offer.

The “Overwatch” Year of the Pig event runs through Feb. 18.

In 2019, the Korean, Chinese, Tibetan, and Vietnamese Lunar New Year lands on Feb. 5, in accordance with the Chinese lunisolar calendar.

The 2020 Lunar New Year corresponds to a Jan. 25 date, which will usher in the Year of the Rat. JB