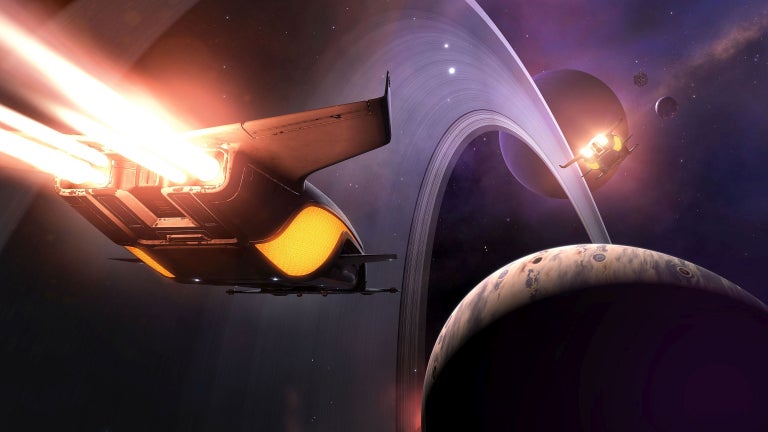 “Resident Evil 2” continues to monster the Steam, GamersGate and Fanatical charts, while GLAAD nominee “Assassin’s Creed Odyssey” leaps up the Humble Store ranking in the company of “Elite Dangerous” and “Jurassic World Evolution”.

The January remaster and partial remake of survival horror classic “Resident Evil 2” has been met with an enthusiastic reception from press and players alike, as demonstrated by high chart positions on Steam, Gamersgate and Fanatical.

On Steam, various editions occupied the top four slots for the week of Jan. 27, collected here into a single first place ranking to better display the store’s runners up.

“Monster Hunter: World” was in high demand, thanks to a multi-store discount. Released on PC in August 2018, the action game popped up in the Steam and GamersGate top fives, even edging out “Resident Evil 2” on Humble.

There it was followed by “Assassin’s Creed: Odyssey”, whose equal-opportunity relationship options (in the main game, not a decision-ignoring Shadow History update) earned it a nomination for GLAAD’s Outstanding Video Game award ahead of a March 28 Media Awards ceremony, alongside “The Elder Scrolls Online: Summerset”, “Guild Wars 2: Path of Fire” season 4, “Pillars of Eternity II: Deadfire” and “The Sims Mobile”.

Like “Assassin’s Creed: Odyssey”, sales on “Elite Dangerous” and “Jurassic World Evolution” helped the Humble top five titles make the most of a recent rise in interest.

Thousands of “Elite Dangerous” players have set out on a difficult and unpredictable four-month trip to cross the game’s simulated galaxy, a community-organized journey dubbed Distant Worlds 2.

And the community of “Jurassic World Evolution,” made by the same developer as “Elite Dangerous,” have responded to the studio’s 25th anniversary celebrations by stuffing their virtual dinosaur theme parks with Stegosauruses, an effort to unlock a limited-edition purple skin pattern for the beasts.