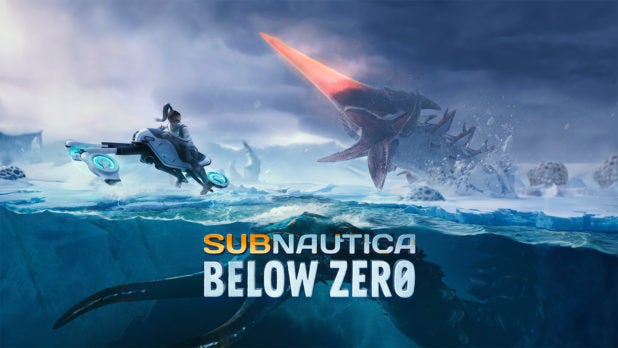 Chilly underwater survival adventure “Subnautica: Below Zero” shifts horror remake “Resident Evil 2” from the top of the Steam charts and moves into the Humble Store’s top five by Monday, Feb. 4.

Releasing on Jan. 30, “Subnautica: Below Zero” brings a fresh take on its console and computer predecessor.

Players venture into thematically familiar territory, a disastrous event on board an alien planet, and look to survive among its underwater flora and fauna.

Naturally, as with “Subnautica”, there are wild wonders to discover, as well as hostile apex predators lurking in the depths.

Reception of the in-development title has been very positive, according to initial Steam user reviews, where 90 percent of respondents gave “Subnautica: Sub Zero” a thumbs-up by the end of its first weekend.

It will be on Xbox One via a similar Early Access program, and on PlayStation 4 when it hits version 1.0, both happening “as soon as possible,” per developer Unknown Worlds, deliberately avoiding a named date for either event.

Conversely, while Mac and PC players are getting their hands on “Subnautica: Sub Zero” in advance of the console community, dramatic airplane sim “Ace Combat 7: Skies Unknown” arrived after a console debut earlier in the year, breaking the top five on Steam and GamersGate; “Wargroove” (GamersGate top five) managed a simultaneous release across PC, Nintendo Switch and Xbox One, with its PlayStation 4 edition expected later on.

Finally, medieval city-building sim “Foundation” made its impact on GOG after a Feb. 1 release; it can also be found among Steam’s real-time top sellers chart though did not make the weekly round-up.

TOPICS: Gaming, Humble Store, Resident Evil 2, Steam, Subnautica Below Zero
Read Next
Sweden-based group fends off cyber-attack vs Bulatlat
EDITORS' PICK
‘Puno na lahat:’ Metro workers brave lack of public transport, rains on Day 1 of GCQ
Someone from the Philippines can become $356 Million richer this Tuesday
Philippines’ COVID-19 cases accelerate to 18,638
Duterte certifies as urgent anti-terror bill
Cherry Mobile teams up with Cloud Panda PH, launches online store
Leveling up your ‘lutong bahay’ with the kitchen companion you never knew you needed
MOST READ
‘If I had not been SolGen, I will make you eat your words,’ Calida tells Coco Martin
5 car dealership outlets shutting down
Duterte certifies as urgent anti-terror bill
51 percent of German firms holding back investments in PH, but not because of COVID-19
Don't miss out on the latest news and information.