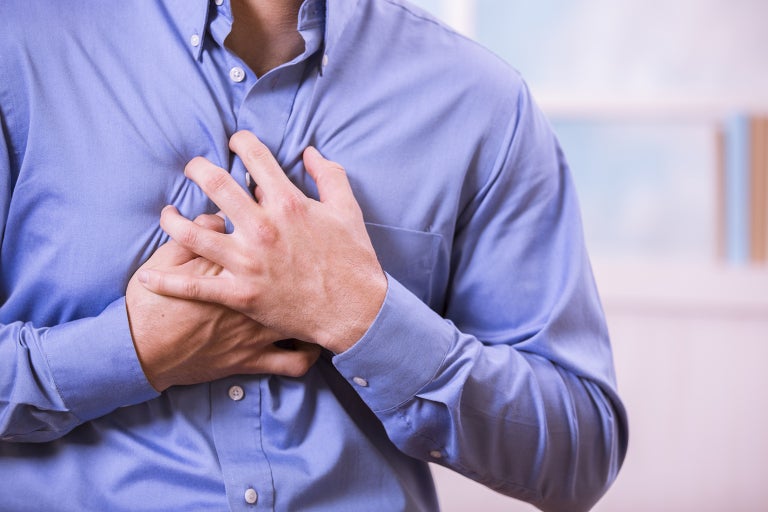 New research has found that men with high testosterone levels may have a higher risk of major heart problems, such as blood clots and heart failure.

Carried out by researchers at the City University of New York in the United States, the University of Hong Kong, China, and the University of Cambridge, United Kingdom, the new study set out to assess the effect of having a genetic predisposition to high testosterone levels, also called endogenous testosterone, on major blood clots, heart failure and heart attacks.

The researchers gathered data from 392,038 men and women aged 40 to 75 years taking part in U.K. Biobank (a large long-term study which includes genomic data on more than half a million U.K. residents) as well as information on the participants’ heart conditions using self-reports and hospital records.

The team then used a technique called mendelian randomization, which involves studying genetic variants to see if certain factors are associated with a higher or lower risk of disease. In this study, the researchers analyzed the genetic variants that predict testosterone levels and their associations with blood clots (thromboembolism), heart failure and heart attack (myocardial infarction).

As mendelian randomization gives more reliable results, if an association is found, it is more likely to suggest a direct relationship.

The findings, published by The BMJ today, showed that in men, endogenous testosterone was associated with a higher risk of blood clots and heart failure, but not heart attack.

After carrying out a second study to validate the results, the team found that endogenous testosterone was also associated with a higher risk of heart attack. However, the associations were not as strong in women.

The findings may also have implications for men who take testosterone supplements to boost energy levels and sex drive, according to the researchers, who added that treatments that lower testosterone levels could potentially help protect against these conditions.

Previous research has also found that endogenous testosterone is positively associated with heart disease and stroke, especially in men. However, it is still not clear whether testosterone plays a causal role in the development of heart disease.

The researchers noted that the new study does have some limitations and further research is needed. But adding that their findings support those from previous studies, they suggested that endogenous testosterone “is detrimental for thromboembolism, heart failure, and myocardial infarction, especially in men.” JB