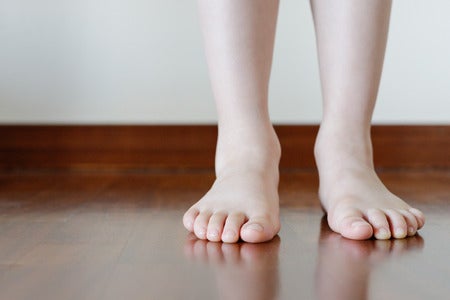 A 10-year-old girl vacationing in rural Brazil caught a foot infection after she walked through a pigsty barefooted.

The unidentified girl was said to have suffered a “10-day history of papules” — most often called skin lesions — on the soles of her feet and toes, as described and shown in a case study by the New England Journal of Medicine, released last March 28.

The lesions were described to bear black dots in the center and were painful. It was also found that sand fleas were removed from multiple lesions.

The girl’s case was found to be an infection called Tungiasis, caused by a sand flea called Tunga penetrans. Such fleas are found in tropical and subtropical parts of the world, mostly in Central and South American countries.

As per the World Health Organization, the sand flea burrows into the skin, mostly in the soles, heel and toes of the foot.  As the fleas grow, itching and inflammation will occur. The lesions will then be infected with bacteria, causing abscesses to form.

Indian teen dies after tapeworm cysts found in his brain