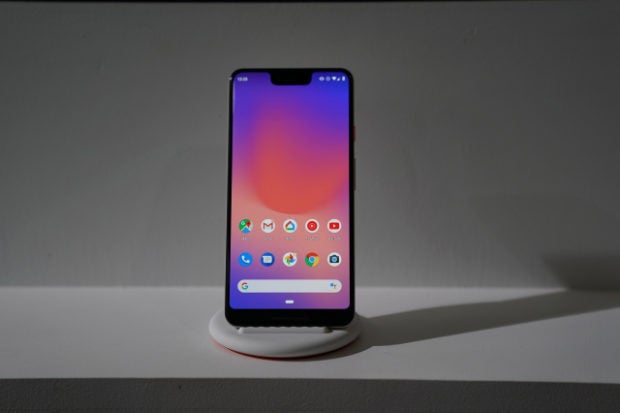 The Google Pixel 3 phone is on display during the official launch of the new Google Pixel 3 and 3 XL phone at a press conference in New York on October 9,2018. Image: AFP/Timothy Clary

Late last week, 9to5Google spotted that the online Google Store was briefly updated to include the Pixel 3a under the Phone model menu and the Pixel 3a Case under the Featured Accessories menu in the website’s navigation bar before it was promptly removed without a trace.

On Friday, 9to5Google noticed that a couple of updates to Google’s online store were accidentally published confirming a set of not yet officially named products: the lite version of the company’s flagship device and a corresponding case.

Last month, a 9to5Google source confirmed that the names of the rumored pair of Pixel ‘Lite’ smartphones will be the Pixel 3a and the Pixel 3a XL and, just last week, the Google confirmed the handsets themselves via the Google Play Developer Console, a platform used by developers to publish Android apps on Google Play. Through this service, developers can decide on which devices their apps can be used, and recently, two new devices code-named “Bonito” and “Sargo” appeared in the list according to redditorr/ElegyD.

With both the temporary publications of the Pixel 3a and Pixel 3a case listings on the Google Store and the new additions of Bonito and Sargo on The Play Developer Console, the launches of both models appear to be imminent. CC