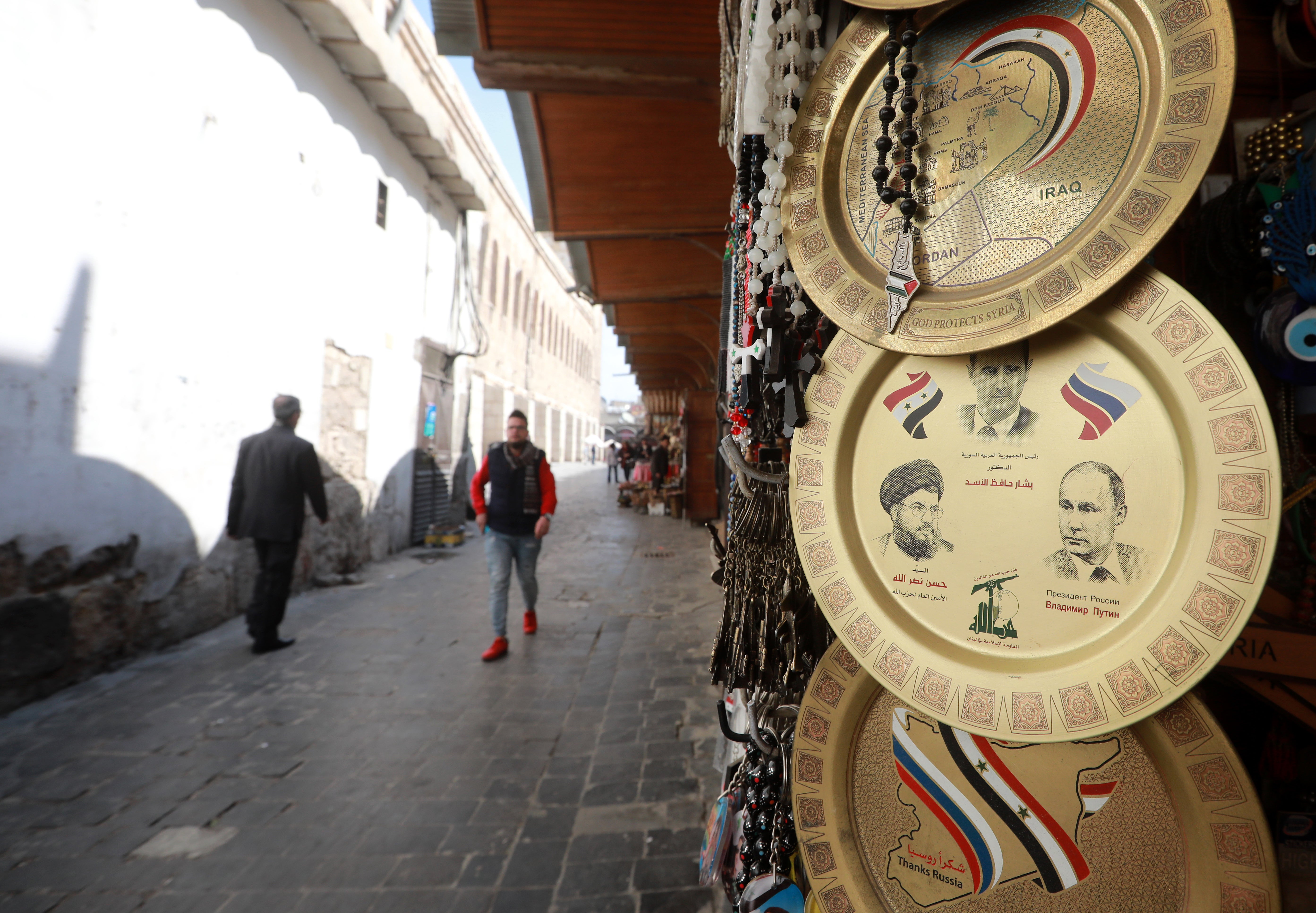 Copper plates bearing the portraits of Syrian President Bashar al-Assad and Russian President Vladimir Putin in addition to the portrait of Lebanon’s Hezbollah leader Hassan Nasrallah, are sold in the old city of Damascus on March 12, 2019. The Syrian Presidency says Instagram shut down its official account. (AFP)

BEIRUT — The Syrian Presidency says its official account on the social media site Instagram has been shut down, calling it an “unjustified” closure that is part of the war against the government of President Bashar Assad.

Instagram, however, said Tuesday the Syrian Presidency account was removed “in error” and has since been restored.

The Syrian Presidency said it opened a new account. It apologized to its over 7,000 new followers for the few posts.

In one of only six posts, the presidency said the shutdown was part of an escalating “soft war” against the government after its military successes in the civil war now in its ninth year.

The U.S. has tightened sanctions imposed on Syria’s government in recent weeks. They were first imposed over Damascus’ bloody crackdown on protesters.