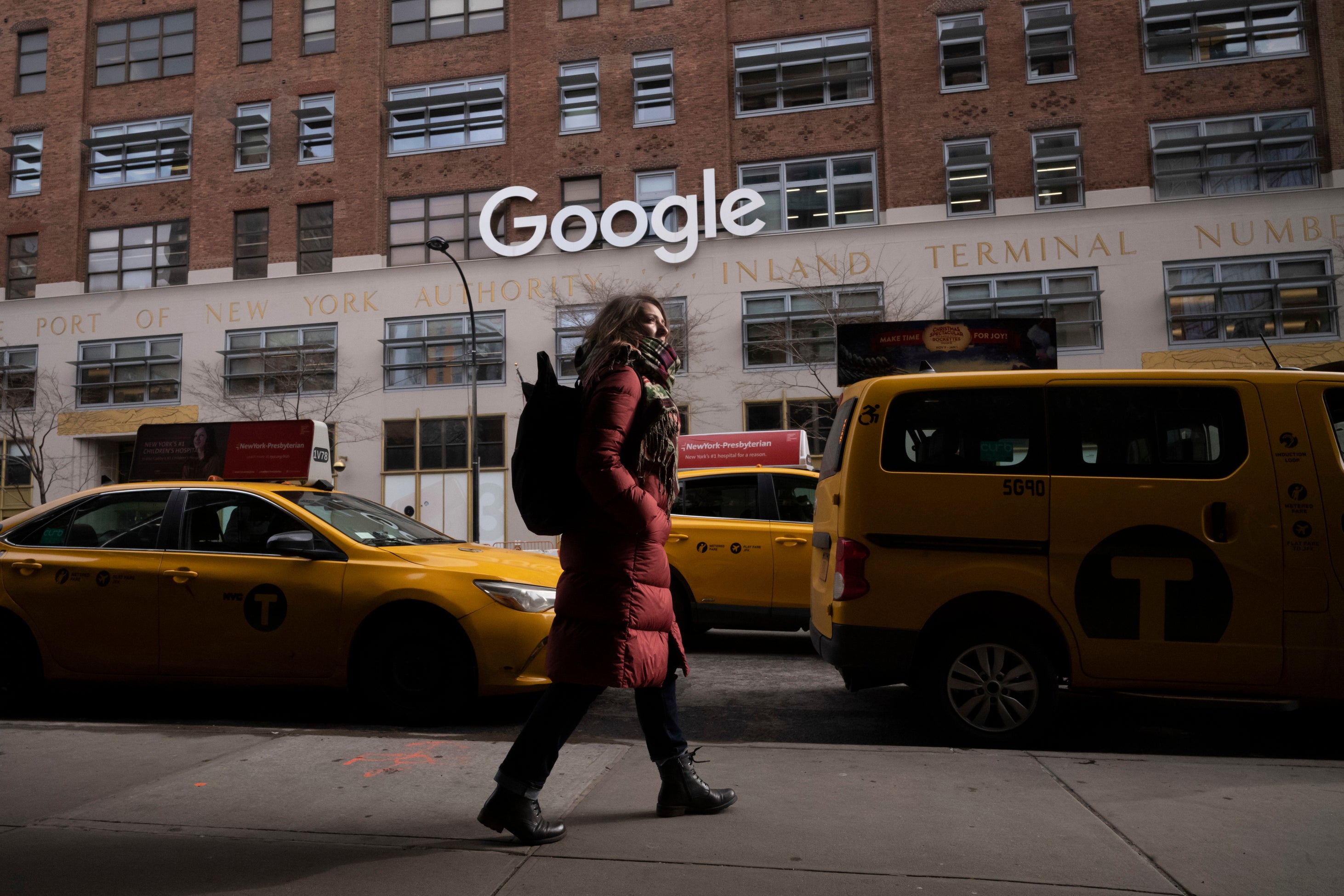 SAN FRANCISCO — While Google has dominated the online ad market for almost the entirety of its existence, its first quarter earnings report suggests that competitors may be nipping at its heels.

Investors pushed down the stock of Google’s parent company, Alphabet, more than 7% in after-hours trading Monday after it reported revenue that fell short of analyst expectations. That dip could shave more than $65 billion from Alphabet’s market value if it holds when the markets open Tuesday.

Google’s advertising revenue, its key moneymaker, grew by 15 percent to $30.7 billion — slower than investors had hoped. Its digital-ad rivals Facebook and Amazon, meanwhile, both reported strong earnings last week, adding to the investor surprise when Alphabet stumbled despite a strong economy.

Alphabet executives deflected concerns of growing competition on a conference call with analysts Monday, instead suggesting that fluctuating currency rates and changes to Google ad products during the quarter led to the slowdown. The online-ad industry is also still in a yearslong shift to phone and tablet ads and away from ones aimed at desktop users. Ads for mobile devices bring in less money.

Still, the results sparked concerns that Google’s enormously profitable advertising machine might be starting to sputter. Some analysts suggested it’s a signal that Google might need to diversify its business more quickly.

Google executives highlighted the company’s cloud-computing business as one of its fastest growing segments during the Monday call. But the cloud currently accounts for only a small slice of Alphabet’s overall revenue. The company reported $5.4 billion in “other” revenue, which includes cloud, hardware and Play Store purchases.

Alphabet reported a first-quarter profit of $8.3 billion, down 6% from $8.9 billion in the year-earlier period. Profit amounted to $11.90 per share, well above Wall Street estimates of $10.60.

That figure doesn’t include an expected charge of $1.7 billion to account for a European Union antitrust fine. The fine was imposed in March for anti-competitive practices in Google’s advertising business, referring to a specific exclusivity practice Google now says it has ended.

Google and Facebook, along with other internet companies, are feeling rising heat from regulatory bodies around the world as people and governments question their privacy practices. Some regulators express concern that the largest companies are so big that they’re stifling competition.

Alphabet also reported widening losses in its “Other Bets” category – a broad segment that includes experimental ventures such as self-driving car business Waymo and internet-balloon subsidiary Loon. Losses grew to $868 million from $571 million a year ago. /kga