The first two trailers for “Tom Clancy’s Ghost Recon Breakpoint” lay out an island compound for players to infiltrate and dominate on PlayStation 4, Xbox One and PC come October 2019. 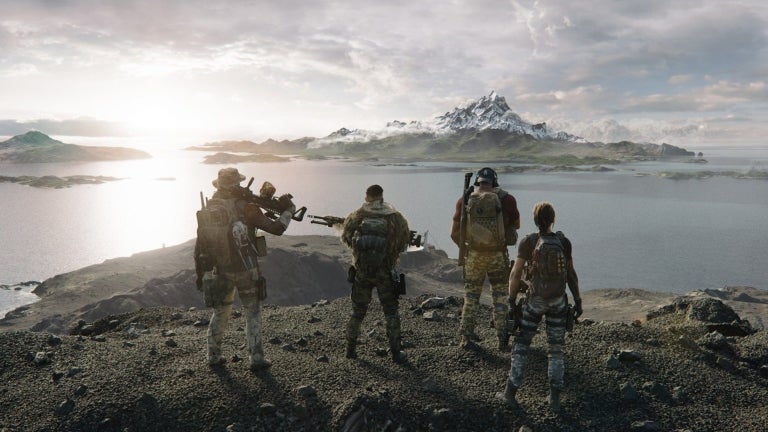 In moving away from the real world location of “Ghost Recon Wildlands”, studio network Ubisoft has been able to craft the “Ghost Recon Breakpoint” slice of Pacific land and sea according to its needs, a little further removed from the diplomatic controversies of its Bolivia-set predecessor.

Featuring Jon Bernthal of “Baby Driver” and “The Punisher” as rogue special operative and the leader of a dangerous enemy faction, “Ghost Recon Breakpoint” promises more of what made “Wildlands” such a strong seller with some new twists of its own.

They will be doing so as one of four character archetypes, and players will be able to switch between those classes as they go, by making use of temporary bivouac shelters.

“Ghost Recon Breakpoint” maintains its predecessor’s focus as an open world action game with extensive military and survival trappings; battlefield injuries are to be more closely simulated, providing an online multiplayer for squads of four to careen around in.

Even so, elements of looter shooters like “Borderlands”, “Destiny” and and labelmate “The Division 2” have slipped into the “Ghost Recon” formula, with enemies carrying and dropping weapons of differing rarities, while the conversational choices of another recent Ubisoft game, “Assassin’s Creed Odyssey”, are also being incorporated.

A range of the new and returning features of “Breakpoint” were demonstrated through a gameplay walkthrough trailer, shown during a May 9 reveal livestream.

It starts with a wounded, hulking man-beast of a solider escaping armed confrontation by tumbling down a steep rocky slope and slipping further into enemy territory to meet up with his special ops pals before breaching an enemy base.

The confined yet geographically varied nature of of the new island-based prospect recalls similar settings found within popular last-person-standing Battle Royale games like “Fortnite” as well as Blackout, the BR mode of “Call of Duty: Black Ops 4”.

While there is going to be a player versus player mode, in addition to single and co-operative multiplayer, Ubisoft is not yet detailing what form it takes. JB