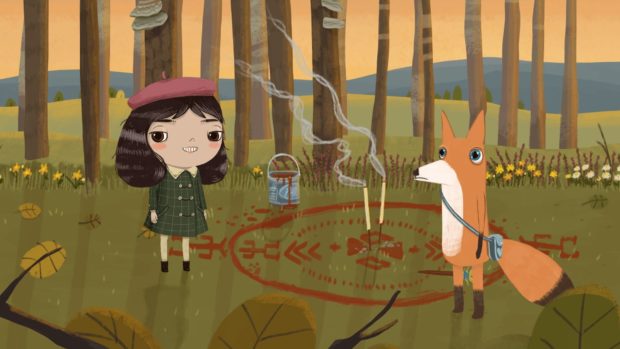 Having launched on April 29, “Mordhau” sold half a million copies during its first week as per an official forum update, its daily player count peak holding steady between 50,000 and 60,000 in its second week.

Meanwhile, first-person shooter “Rage 2” is gearing up for release across PlayStation 4, Xbox One and PC this week and advance orders propelled it into the top five on both Steam and GamersGate.

It’s been given a much brighter look than its rather grim 2011 predecessor, and there are some thematic overlaps with October’s “Borderlands 3,” which received a good deal of coverage at the start of May.

Elsewhere, cuteness and creepy overtones mix in a free demo for upcoming adventure “Little Misfortune,” which has a teaser demo available on not only Steam but also Itch.io, where it’s currently the site’s second-most popular download.

Players guide a little girl, Misfortune, through her house, as she tells a deep-voiced and perhaps not wholly trustworthy narrator, Mr. Voice, about some of her thoughts and possessions.

As the excerpt continues, the tragic nature of Misfortune’s young life comes to light through a series of brutally frank explanations layered with a morbid sense of destiny.

Is she doomed to inflict bad luck forever or can she bring hope and sparkles to a cursed world?

The game is from the developer behind another charmingly drawn horror adventure, 2015’s “Fran Bow,” and “Little Misfortune” takes place in the same fictional universe.

Its demo was released three weeks ago in late April and recent gameplay videos from prominent YouTubers Jacksepticeye and CoryxKenshin helped bring more attention to it.

Released on PC, Mac and Linux, as well as Android and iOS, “Fran Bow” is expected on PlayStation 4, Switch, and Xbox One later this year, while “Little Misfortune” is likewise expected in 2019 via a PC debut; consoles and mobiles are planned for later.