The Oculus Quest, a wireless, hands-free, all-in-one VR headset, launches Tuesday, May 21, prompting Nintendo to go to bat for its own self-assembly Virtual Reality Kit for the Nintendo Switch. 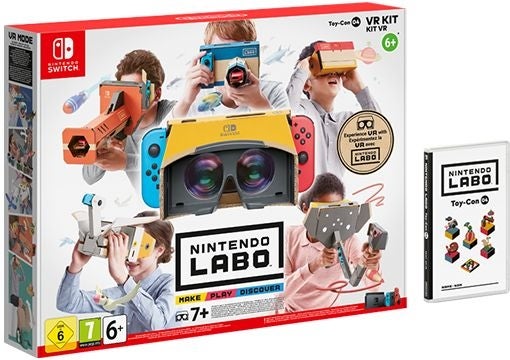 The Nintendo Labo VR Kit is part of a range that encourages play, experimentation and learning. Image: Nintendo via AFP Relaxnews

Nintendo Labo director Tsubasa Sakaguchi presents a brief four-minute explainer for the Nintendo Switch’s VR Kit, showing how it can be used to make and play a variety of VR games.

The whistle-stop tour covers creating simple VR games using the kit’s Toy-Con Garage software, sampling some of the 64 Nintendo-made games within the VR Plaza compilation, and how some of the self-assembly Toy-Con controller mounts work.

He also demonstrates how each of the VR Plaza games can be made to show their inner workings, allowing players to tweak and edit game rules as curiosity and ingenuity dictates.

It is not hands-free — users have to hold the VR Kit up to their eyes, with Nintendo selling various additional console housings that look like a camera, bird, blaster, and even an elephant.

By contrast, the Oculus Quest, a product of Facebook’s VR arm, starts at $399 (P21,000) and does not need a sturdy PC or smartphone — or the Nintendo Switch — to power it, though users should not expect to experiment with making their own games.

The battery-powered Quest, which has a head strap and boasts a higher definition display, comes with built-in sensors for room-scale tracking and a pair of handheld Oculus Touch controllers.