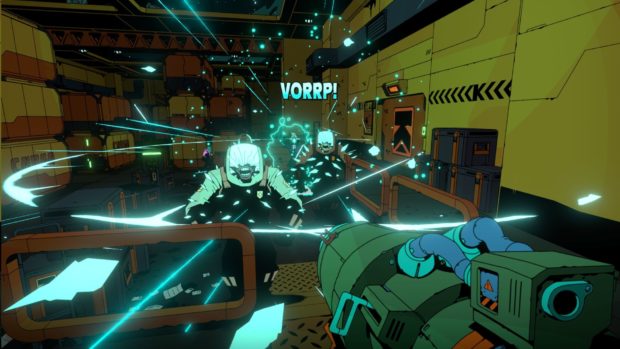 “Total War: Three Kingdoms” maintained its momentum with Steam and Humble top five placings, “Void Bastards” shot out of the gate as the week’s best-performing new release on the same sites, while GOG launched a summer sale and prepares its new Galaxy client for public testing and duck horror game “Anatidaephobia” rustles up some fans on Itch.io.

Made in England and set in China, empire-building strategy “Total War: Three Kingdoms” occupies the top two spots on Steam, placing fifth on the Humble Store and second on Fanatical.

Another wartime title, medieval-themed action game “Mordhau”, is benefiting from a good run, taking third place on Steam and fourth on Humble.

New release “Void Bastards” which puts players in the space boots of criminal boarding outlaw vessels in search of crucial spare parts, did well in its week of release, registering fifth place on Steam and third on Humble.

GOG’s Summer Sale is running until Jun. 17, hence the presence of some of the site’s regular favorites jamming up its top five.

The service is also preparing to roll out a major revision to its optional client app GOG Galaxy to help bring users games and friends into one convenient and privacy-respecting platform, regardless of origin.

On Itch.io, an unlikely horror game about the fear of being watched by freshwater ducks, “Anatidaephobia”, continues its own hot streak.

Players must collect rubber bath ducks from a gloomy, creepy house while avoiding any red-eyed waddling birds that patrol the premises.

Made by a team of students from the Collège de Bois-de-Boulogne in Montreal, Canada, the free download takes five to ten minutes to play through and has been showcased by a number of popular YouTubers including DanTDM, DashieGames, BijuuMike and Thai channels Thanks For Watching and DevilMeiji.