A gamer in the United States raised nearly $1 million (around P51 million) for a children’s hospital in under five hours last Sunday, June 23. 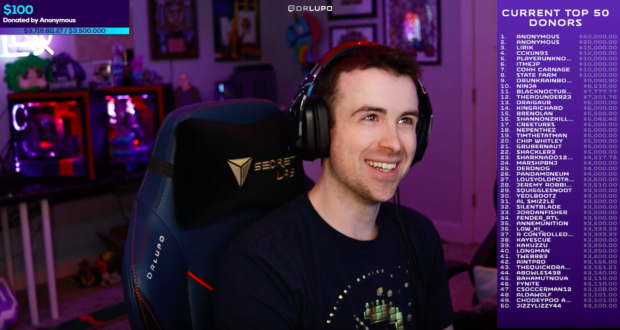 As he started the live stream, he took to Twitter to share a photo of the details of the event such as the monetary goals, incentives and various raffle items to be given away to donors.

For the kids of @StJude, because no child should die in the dawn of life.

Some of the incentives included the gamer playing with self-imposed handicaps that would make it harder for him to play, such as dropping weapons while playing and losing the ability to build in the game.

His milestones had a more personal touch, including that he would have his son play “Fortnite” if the goal of $350,000 (about P17 million) in donations were met. Another milestone would have the gamer’s wife play another game, “Resident Evil”.

As the live stream came to a close, other personalities in the gaming community donated fairly huge amounts of money, such as gamers who go by the names “Ninja,” “TimtheTatman,” “ItsmeJP” and “Annemunition” as reported by Forbes on June 23.

As the live stream ended, Lupo took the time to express his gratitude to everyone involved in the charity effort.

The children’s hospital also shared the good news via their Twitter page on the same day: “$3.7M raised for the kids of @StJude through @GuardianCon. YOU DID THAT. You all have joined our mission that ‘no child should die in the dawn of life.’ Thank you, thank you!”