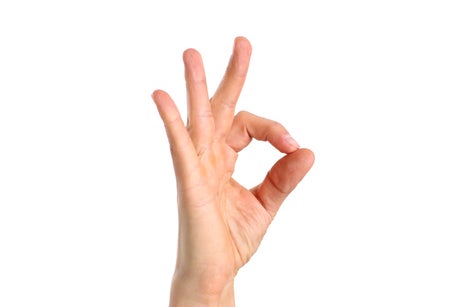 The “OK” emoji was not OK with one boss in China. INQUIRER.net stock photo

An employee in China was fired after her boss took offense at being replied to with an emoji of a hand doing the “OK” sign.

In an exchange in a WeChat group, the employee replied with the “OK” emoji — the type where the pointer and thumb are pressed together while the other fingers stand — when her boss asked to send meeting documents, as per btime.com via Yahoo News Australia on June 19.

The manager who runs a bar in Changsha, central China, scolded her in the messaging app: “You should use text to reply to the message if you have received it, don’t you know the rules?”

He then told her to file her resignation with the human resources department. The employee told btime.com that her resignation is still being processed. She said she did not fight back even if she worked at the bar for years.

She noted that she and her colleagues believe he was out of line. The manager has since instructed members of the group chat to acknowledge messages with “Roger”.

Screenshots of the chat circulated on Chinese blogging site Weibo, with many expressing support for the employee. Niña V. Guno/JB