New European research has found that fathers who smoke before their children are conceived or born could be affecting the semen quality of their future sons.

Carried out by researchers at Bispebjerg Frederiksberg Hospital in Denmark, the new study was a follow-up analysis of 778 young men all 19 years of age who had been born to mothers registered in the Danish National Birth Cohort between 1996 and 2002. 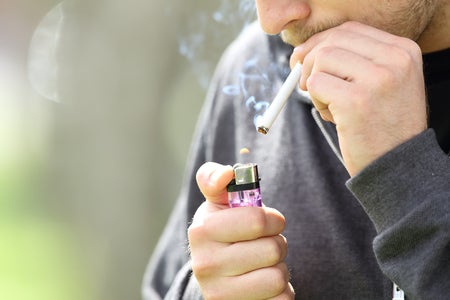 The researchers collected information on the parents’ smoking status based on a maternal report made around gestational week 16.

The men’s semen was assessed according to criteria set by the World Health Organization which includes sperm concentration, total sperm count, morphology (the size and shape of the sperm) and sperm motility (the ability of sperm to move).

The preliminary results showed that the sons of fathers who had smoked daily — but whose mothers did not smoke — had an 8% lower sperm concentration and 9% lower total sperm count than the sons of non-smoking fathers.

Moreover, this association still held true even after other preconception and prenatal risk factors for adult semen quality such as parental age, alcohol and caffeine consumption or pre-pregnancy body mass index (BMI) had been taken into account.

“There have been previous studies investigating the association of paternal smoking with semen quality but these were small studies without information on key confounders,” said investigator Dr. Sandra Søgaard Tøttenborg. “Our larger study does support these previous findings that paternal smoking is associated with sperm concentrations in male offspring independently of maternal smoking.”

However, she added that the effect would be even greater if the mother, and not the father, had smoked.

“Nevertheless, the circumstances in which the father smokes but the mother doesn’t is much more prevalent, so this is still very relevant for public health,” she added. “A decline in sperm count of 8% to 9% can seriously affect the fertility of men with already sub-optimal sperm quality.”

The researchers say that paternal smoking may have this negative effect on sons’ sperm quality due to smoking causing changes in the sperm genome, which may be then be transmitted to the cells of the children.

The results were presented on Tuesday by Tøttenborg at the 35th annual meeting of the European Society of Human Reproduction and Embryology (ESHRE) in Vienna, Austria. RGA/JB