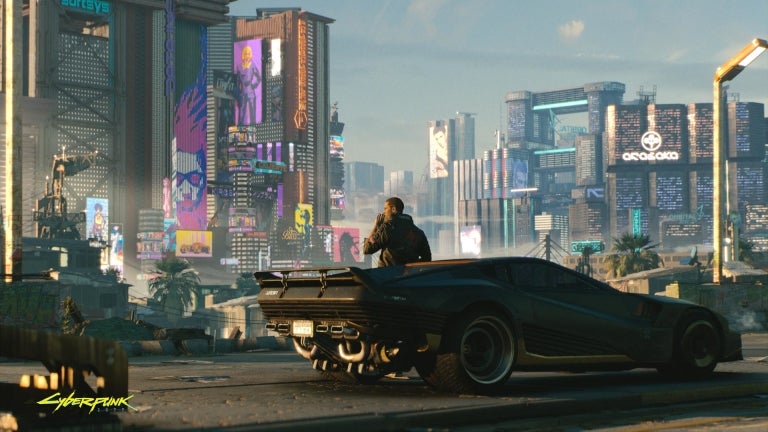 Three separate teams at “Cyberpunk 2077” and “The Witcher” studio CD Projekt RED are working on three Cyberpunk projects, according to a new report, one of them being a multiplayer mode for the high-profile April 2020 release.

Well anticipated April 2020 video game “Cyberpunk 2077” appears to be in line for a multiplayer mode, whether at launch or thereafter.

The sci-fi project is a blockbuster in waiting, potentially in the same sort of tier as a “Grand Theft Auto” or “Red Dead Redemption” game.

Both of those were initially publicized as incredibly polished, immersive singleplayer experiences, then introducing multiplayer modes to keep players engaged for months and years afterwards.

It appears that “Cyberpunk 2077” may be on a similar tack, having been premiered as a singleplayer, sci-fi adventure; in this case, taking place not in a contemporary United States city, or the Wild West’s sunset years, but dystopian future metropolis Night City and its surrounds.

Aside from the announced “Cyberpunk 2077,” Bankier reported President and co-CEO Adam Kiciński as saying that a different 40-person team was working on multiplayer for the game.

There was no further detail on the form or timeline of the multiplayer mode.

In addition, Chief Financial Officer Piotr Nielubowicz said that the next big CD Projekt game will also be set within the “Cyberpunk” universe.

Again, little specificity was provided, aside from that a team has already been established and that the project’s scope makes it a “big and innovative project for us.”

Those comments show how CD Projekt is thinking about the long-term appeal of “Cyberpunk 2077” and its franchise potential as a whole.

After being one of the more high-profile titles shown at the 2019 Electronic Entertainment Expo (E3) in June, “Cyberpunk 2077” is scheduled for another outing at Gamescom 2019 in Cologne, Germany, this August.

There, demonstrations previewed by members of the press and ticketed attendees at E3 will be shown in public at the show and distributed online.