Video game smash “Fortnite” and returning episodic thriller “Stranger Things” have a crossover in the works. 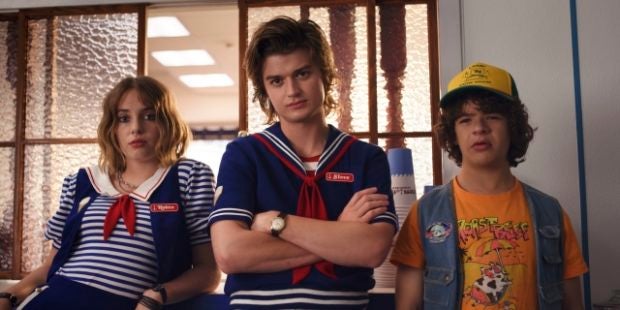 Image: Courtesy of Netflix France via AFP RelaxnewsAhead of the Season 3 premiere of “Stranger Things” last Thursday, July 4, themed portals to the series’ Upside-Down dimension have started appearing in “Fortnite”.

The portals do not respond to gunfire or melee attacks. However, they do have teleportation qualities. Players can walk into one and find themselves walking out of another.

The two entities revealed their planned crossover event back in June.

That could mean a special Limited Time Mode, as was the case for movie franchises “Marvel’s The Avengers” and “John Wick”, or something new for Creative Mode, such as the Nike Air Jordan downhill dash.