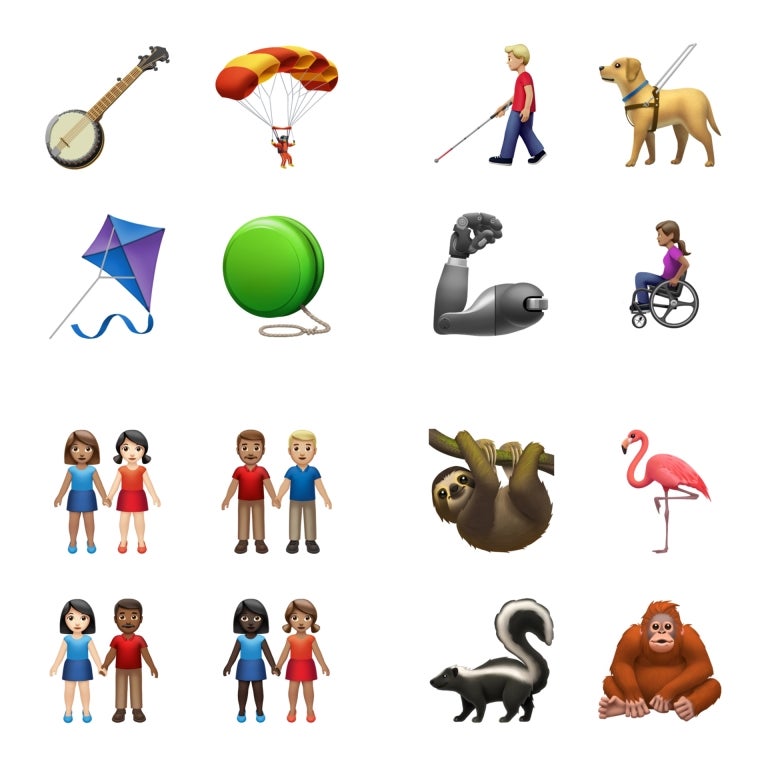 A preview of Apple’s upcoming 2019 emoji. Image: courtesy of Apple via AFP Relaxnews

To celebrate World Emoji Day, July 17, Apple previewed designs for a handful of diversity-focused icons from the upcoming emoji set that will officially launch this fall.

Following in its tradition of unveiling new emoji designs on the annual and international World Emoji Day, Apple has published images of a few icons expected to arrive later this year.

These designs are based on a collection of icons approved by Unicode Consortium, the organization behind the standard emoji designs which companies like Apple, Android, and Google base their own versions on, this past February.

This assortment, referred to by the Consortium as Emoji 12.0, consists of 59 new icons (230 when taking into account gender and skin-tone variations) that will make character libraries more diverse and inclusive than ever thanks to the inclusion of icons like prosthetic limbs, gender inclusive couples and service animals.

From the collection, Apple published a handful of its own Emoji 12.0 renditions including an ear with a hearing aid, a person in a wheelchair, and a prosthetic arm. Among the new items and animals previewed by the company that will hit the iOS and macOS libraries are a sloth, a yoyo, and falafel.

According to the Unicode Consortium emoji reference site Emojipedia, the 2020 set of icons is already in the works. Included in the list of Emoji 13.0 candidates, users could find bison, potted plant, plunger, and headstone character at their fingertips next year if approved.

The 2019 Apple set will become available with a free software update this fall for iPhone, iPad, Mac and Apple Watch. JB