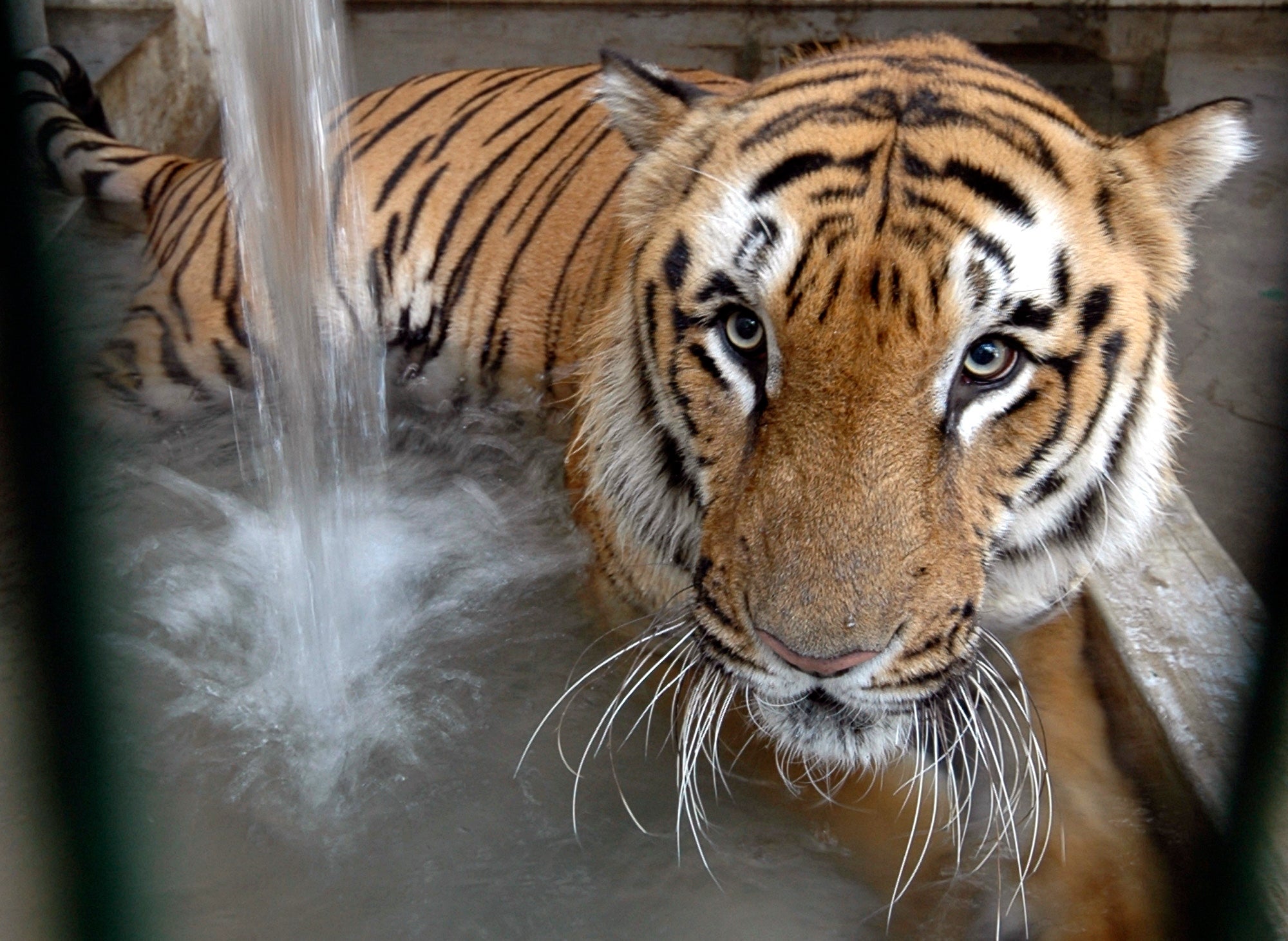 In this May 5, 2009 file photo, a tiger cools off at its enclosure at the zoo in Ahmadabad, India. India’s tiger population has grown to nearly 3,000, making the country one of the safest habitats for the endangered animals. Prime Minister Narendra Modi says it’s a “historic achievement” for India as the big cat’s population had dwindled to 1,400 about 14-15 years ago. (AP Photo/Ajit Solanki, File)

NEW DELHI — India’s tiger population has grown to nearly 3,000, making the country one of the safest habitats for the endangered animals.

Prime Minister Narendra Modi released the tiger count for 2018 on Monday and said it’s a “historic achievement” for India as the big cat’s population had dwindled to 1,400 about 14-15 years ago.

The tiger is India’s national animal and it is categorized as endangered under the Wildlife Protection Act.

The human conflict with tigers has gradually increased since the 1970s when India started a tiger conservation program that carved out sanctuaries in national parks and made it a crime to kill them.

“With around 3,000 tigers, India has emerged as of one of the biggest and safest habitats for them in the world,” Modi said and praised all the stakeholders involved in the country’s tiger conservation exercise.

“Nine years ago, it was decided in St. Petersburg (Russia) that the target of doubling the tiger population would be 2022. We in India completed this target four years in advance,” he said.

Belinda Wright, the founder of the Wildlife Protection Society of India, based in New Delhi, said India should be very proud of its conservation achievement as the latest study was a much larger and more thorough estimation of the tiger population than done before.

“But we still have a long way to go to secure a long-term future for wild tigers,” she cautioned, adding that human-tiger conflict was one of the biggest conservation challenges because India has so many people.

The conflict between wildlife, confined to ever-shrinking forests and grasslands, and India’s human population is deadly. Government data show about one person is killed every day by tigers or elephants.

Last week, some enraged villagers chased and killed a tigress with sticks after it killed a woman working in a farm in the northern Indian village of Khiri. The region is part of the Pilibhit Tiger Range, forest officer Vivek Tiwari said.

Wright said the government should not relax any protection measure and should avoid “huge linear intrusions, including highways, railways, electric power line, and canals through protected areas as this leads to increased human-tiger conflict.”

India’s elephants and tigers are some of the most hunted animals in the country, sought for their ivory tusks or bones that are sold on the black market for use in unproven, traditional Chinese medicine. Elephants are also threatened by moving trains. /kga