MANILA, Philippines — Can you trick sharks into not seeing you when you are right in front of it?

That is exactly what illusionist Andrew Mayne has tried to prove with his first-of-its-kind “shark suit.”

Growing up in the United States, Mayne had always been drawn to two things — animals and magic.

“I’ve always loved animals, large, small, cuddly and ferocious. When I was in high school I worked part-time for another magician who had a mountain lion I had to take care of. That was…interesting,” Mayne shared in an email interview with INQUIRER.net. 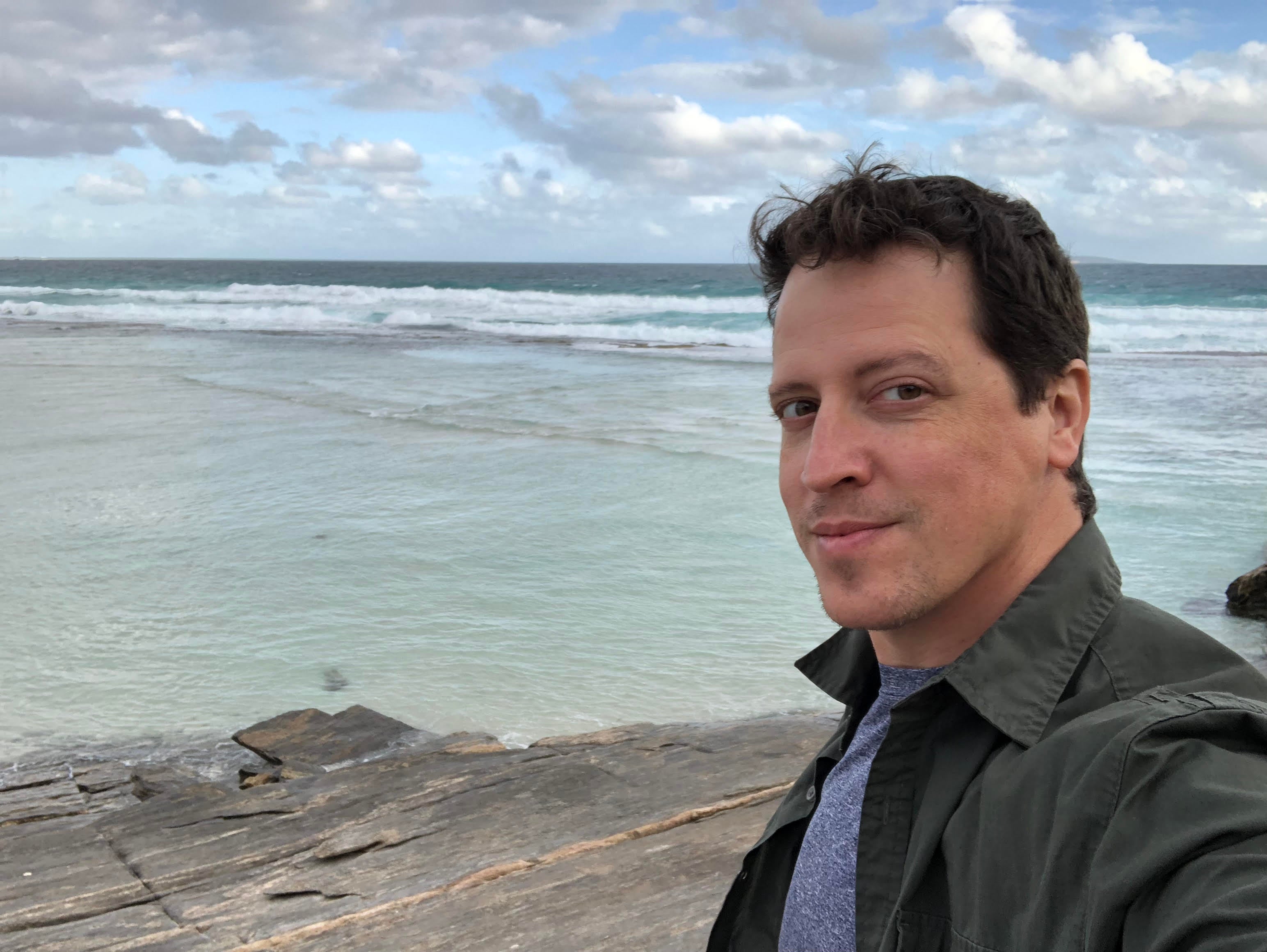 Illusionist Andrew Mayne – with more than 20 years of experience in the field of magic under his belt – attempts to go invisible underwater as he confronts great white sharks off the coast of Australia using his “shark suit.” Photo from Discovery Channel

Among the animals Mayne was able to encounter growing up in Florida, was sharks. But the most memorable confrontation he had with the ocean predator was in the Bahamas – with a 14-foot tiger shark.

While some might just be swallowed by their fear, Mayne was the daring kind albeit knowing the dangers posed by these chance meetings.

“My first experience with big sharks was with a 14-foot tiger shark in the Bahamas that I got to get close enough to touch. You quickly learn to keep your arms and hands close to your body and how to watch for aggressive behavior,” Mayne said.

“[I already had several close encounters with sharks] because I was trying to get close to them (which I normally don’t recommend.) I had tiger sharks bumping me. Great whites sneaking up behind my back and more than a few bull sharks making it clear they weren’t happy to see me,” he added.

His proclivity to meet sharks and his interest in magic had been put to the test when he plunged into the shark-infested waters of Australia.

Using his shark suit, Mayne attempted to obscure himself from the dreaded great white – one of the fiercest marine beast of prey.

“I wanted to find a way to use what I understood about stage magic and the science behind it and the animal world, to figure out what would and wouldn’t work,” Mayne said.

“Great whites seemed like a good challenge because they not only have better senses than us, they use them in different ways,” he added. Mayne explained that the suit was designed based on “how I understood a shark’s senses to work” by combining science and magic.

For the dive, Mayne worked with underwater cameraman Andy Casagrande and Dr. Neil Hammerschlag. He described such experience as “surreal”.

“They were the only reason this was possible. Dr. Hammerschlag gave me a crash course in shark science and helped me understand how they sensed the world, how to interact with them and what behavior to look for,” Mayne said.

“When it was time to dive with the great whites, you couldn’t ask for anyone better than Andy Casagrande to have your back. Even when surrounded by a dozen great whites, bumping you and testing you, Andy was rock-steady cool and kept me calm,” he added.

“Surrounded by a dozen great whites was a surreal experience. It was so amazing and something I still can’t wrap my head around,” Mayne continued. 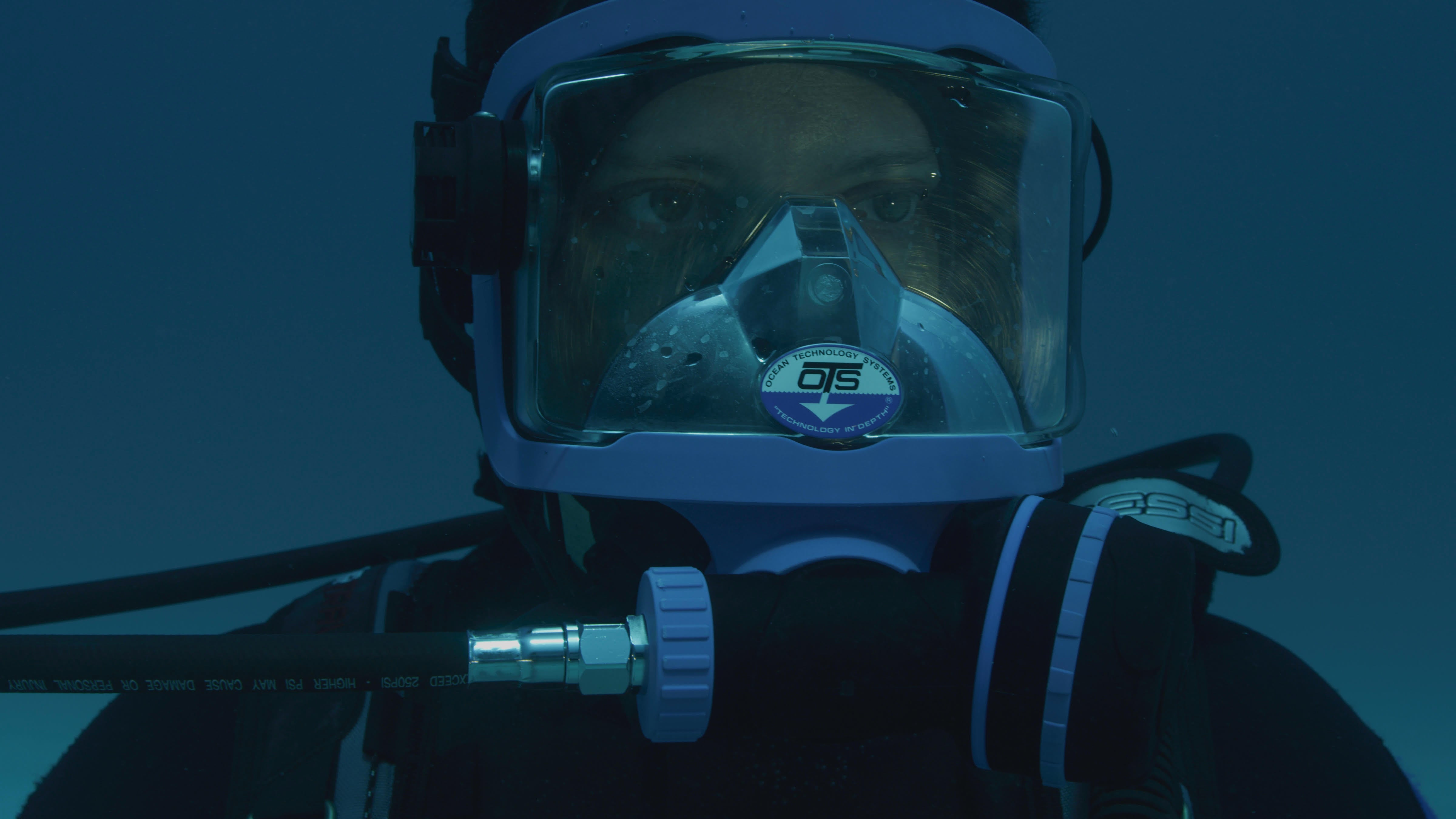 Andrew Mayne in scuba diving mask off the coast of Australia. Photo from Discovery Channel

For Mayne, “Sharks are amazing creatures that are a vital part of our ecosystem. I built the suit to try to help us understand them and protect them. They’re intelligent, curious and have distinct personalities.”

“Bad encounters are extremely rare. I was surrounded by great whites and they could have killed me if they wanted to, but they didn’t. Like any other animal, they need to be treated with respect and caution, but not outright fear,” he said.  /kga