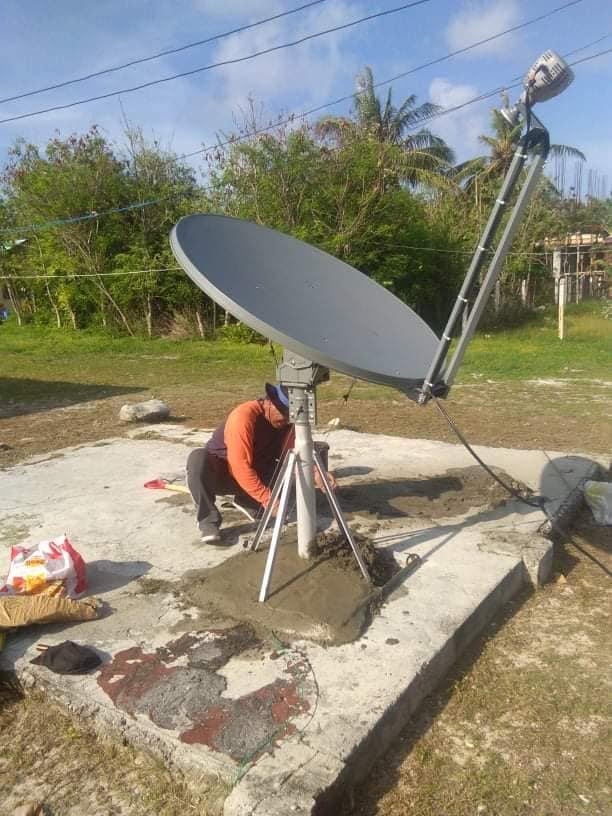 MANILA, Philippines — Residents of the remote town of Pag-asa (Thitu) Island, the biggest outpost of the Philippines in the Kalayaan Island Group in the West Philippine Sea, have now been introduced to free wireless internet, giving them easy access to the online world.

“By the way, may Wifi na sa (there is Wifi already on) Pag-asa,” National Security Adviser Hermogenes Esperon Jr. said in a press conference early this week.

A private company was contracted by the Department of Information and Communications Technology (DICT) to put up the Wifi connection, he said.

In March, DICT reached out to the Kalayaan municipality for its intention to include the town to its Free Public Wifi Project. It was finally installed last Saturday, July 27, after undergoing site surveys.

Kalayaan Mayor Roberto del Mundo said this free and stable internet connection would allow residents to have easier communication to the mainland.

(It will be a great help because our office can get faster updates for our daily accomplishment report, monitoring of Chinese, other foreign, and local fishing vessels.)

(Residents can now talk to their families in the mainland through video call…to those who have smartphones.)

Wifi used to be a luxury in the island. To get a decent internet connection before, those who needed to use it had to avail of data roaming, which costs P500 per day, according to a resident.

This is a new milestone for the island as it continues to modestly upgrade its facilities, while its closest neighbor China’s Subi (Zamora) Reef, is already equipped with runways, modern structures, surface-to-air missiles, and radars.

Pag-asa Island is inhabited by about a hundred civilians and a small batch of troops. /kga