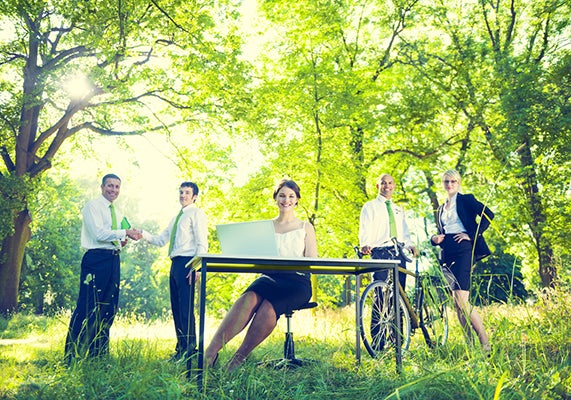 The study’s authors found that some eco-friendly habits, like using reusable shopping bags, were seen as a more “feminine” behavior. Image: iStock/Rawpixel Ltd via AFP Relaxnews

American researchers have studied the impact of gender-based stereotypes on the perception of individuals and their willingness to adopt environmentally conscious behaviors viewed as “feminine.”

Not only do gender stereotypes die hard, but they also extend all the way to environmentalism, according to a meta-analysis by researchers from Pennsylvania State University published in the journal Sex Roles.

The authors found that certain “eco-friendly” habits, such as using a reusable shopping bag, were perceived as “feminine” behaviors. Others, such as installing insulation for greater heating efficiency, were viewed as “masculine.”

Janet K. Swim, a professor of psychology at Pennsylvania State University and a principal author of the study, said that “there may be subtle, gender-related consequences when we engage in various pro-environmental behaviors. People may avoid certain behaviors because they are managing the gendered impression they anticipate others will have of them. Or they may be avoided if the behaviors they choose do not match their gender.”

Part of the research consisted of an analysis of 960 participants’ responses from three studies in order to evaluate the perceptions and avoidance of men and women regarding “feminine” and “masculine” behaviors.

The volunteers read fictional summaries of the daily consumer habits and ecologically friendly actions of fictional characters. They were then asked to determine the gender of the characters based on their daily activities.

“Reflecting the tendency to see environmentalism as feminine, all the people were rated as more feminine than masculine regardless of the behaviors they did,” professor Swim said.

These studies also showed that men were more likely to avoid women who had habits perceived as “masculine.” “We were surprised that it was only women who experienced being avoided if they engaged in nonconforming gender-role behaviors,” Swim said. “We cannot say why this is happening, but it is a social consequence.”

The authors of the study emphasized the importance of further study related to gender stereotypes surrounding environmentalism and how they might block the adoption of more ecologically-friendly lifestyles. HM/JB

Air pollution linked to over 30,000 deaths and reduced life expectancy