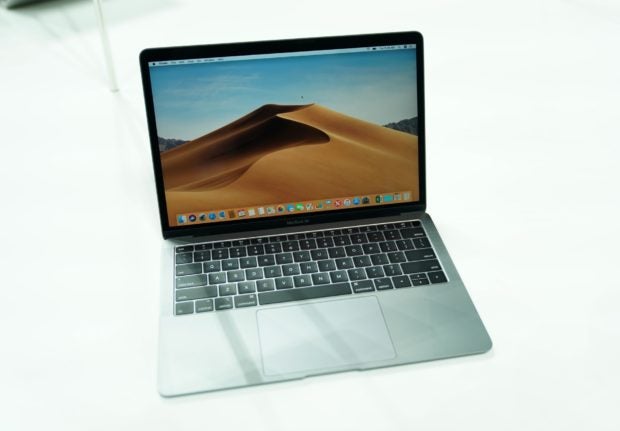 The new Macbook Air is on display as people look at the new Apple products at One Hanson Place after a special event at the Brooklyn Academy of Music, Howard Gilman Opera House Oct. 30, 2018. Image: AFP/Timothy A. Clary via AFP Relaxnews

This week, 9To5Mac spotted a report published by Digitimes claiming that Apple’s first MacBooks with cellular connectivity are slated to hit the market during the second half of next year.

According to Taiwanese media site Digitimes, Apple is planning to launch 5G-compatible MacBooks sometime during the second half of 2020.

If this claim is true, these will be the first MacBook laptops launched by the company with cellular connectivity and will gain the feature via an integrated ceramic antenna component. Allegedly, using ceramic parts will double 5G speed compared with their metal counterparts.

According to Digitimes, the 5G-compatible MacBook line will be available for purchase next year. Thus far, exactly which laptop segment will get the connectivity is unknown.