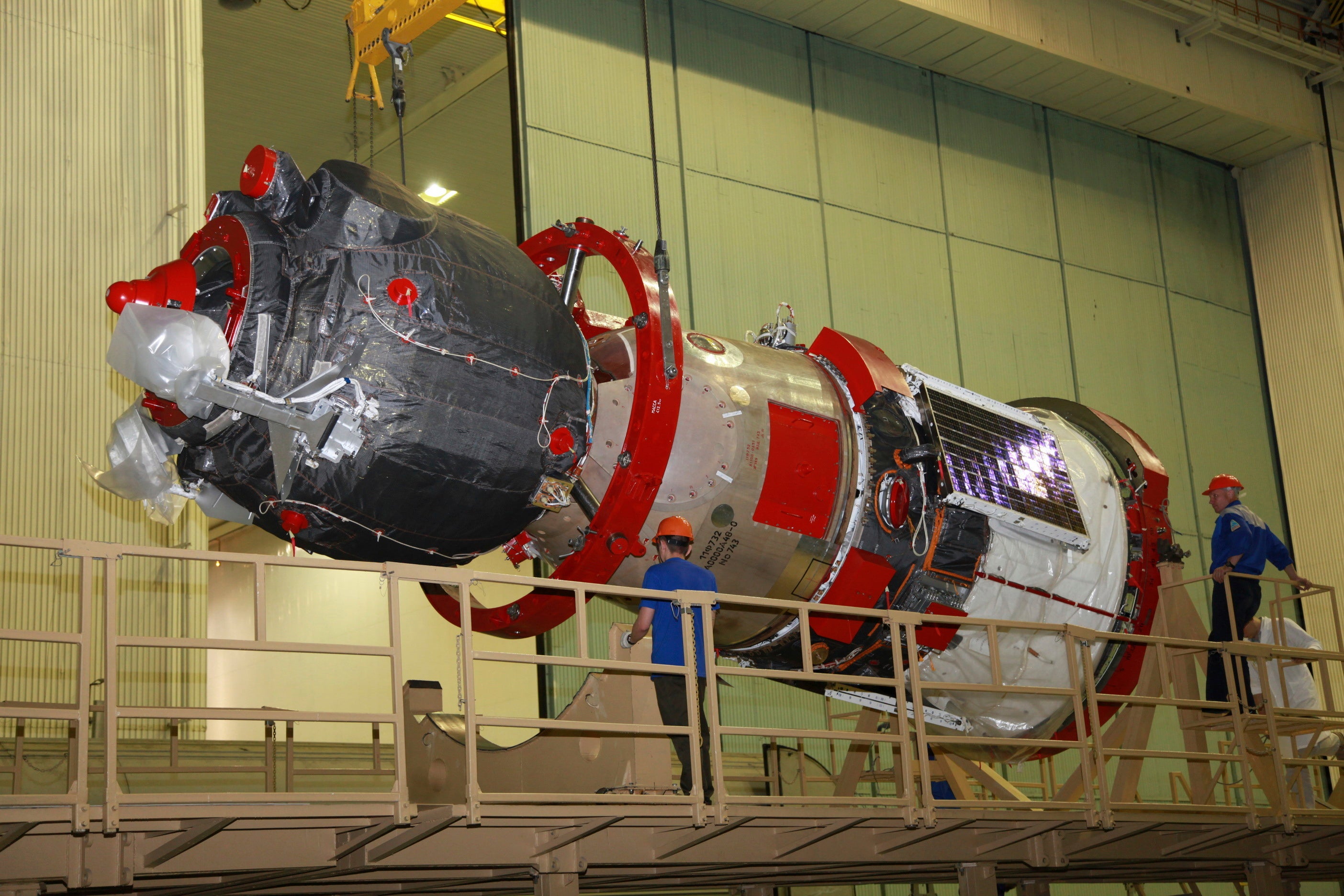 In this photo taken on Sunday, July 28, 2019, and distributed by Roscosmos Space Agency Press Service, a Soyuz MS-14 capsule preparing to be launched Thursday, August 22, 2019, by a new Soyuz 2.1a rocket from the launch pad at Russia‚ at Russia’s space facility in Baikonur, Kazakhstan. A Russian space capsule carrying a humanoid robot has failed to dock as planned with the International Space Station. A statement from the Russian space agency Roscosmos said the failure to dock on Saturday was because of problems in the docking system. (Roscosmos Space Agency Press Service photo via AP)

MOSCOW — The crew of the International Space Station (ISS) has successfully relocated a Soyuz space capsule to another docking port to facilitate the rendezvous with another spacecraft.

The maneuver followed Saturday’s failed docking of the Soyuz MS-14 spacecraft. The docking attempt was aborted due to a suspected glitch linked to an automated control system onboard the space station. Another attempt will be made on Tuesday.

On Monday, Alexander Skvortsov of Russia’s Roscosmos space agency, NASA’s Drew Morgan and Luca Parmitano of the European Space Agency donned spacesuits and climbed into the Soyuz MS-13 space capsule serving as a lifeboat at the station to steer it to another docking port.

The maneuver is intended to facilitate Tuesday’s repeat docking attempt of the Soyuz MS-14 that carries a Russian humanoid robot called Fedor. /kga