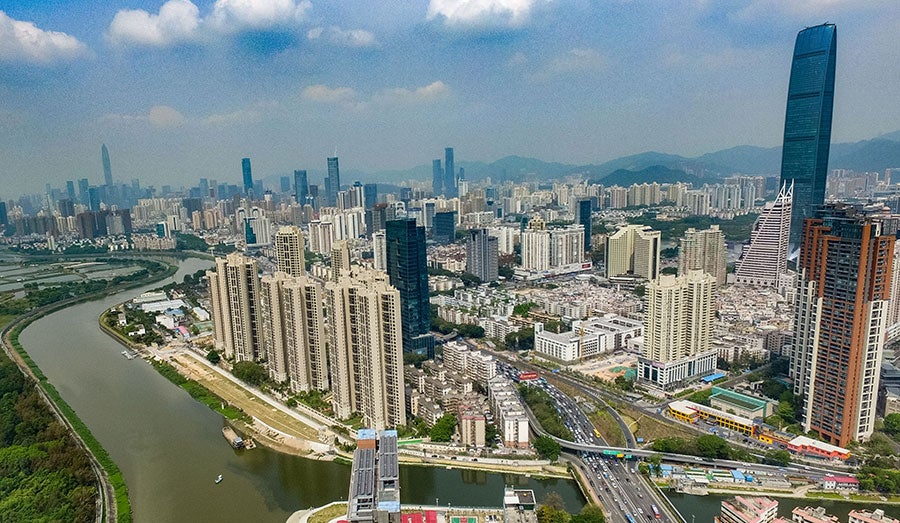 BEIJING — Tech giant Tencent’s rapid growth in recent decades has mirrored that of Shenzhen, Guangdong province, but the company’s founder still remembers when the city seemed like a quiet backwater.

“When I first visited the city with my parents in the 1980s, Shenzhen was more like a fishing village and a wetland, with mountains and seas surrounding it,” said Ma Huateng, chairman and CEO of Tencent Holdings.

Ma, now 47, was only 13 years old then, but his company’s fortunes have shadowed those of the former “fishing village”.

In 1998 he established Tencent at an old building in the Huaqiangbei area of Shenzhen. One year later, Tencent’s managers attended the first China Hi-tech Fair, looking for international investors to back the fledgling company.

The business grew quickly and moved its headquarter to the Nanshan district. Today, Tencent, the owner of WeChat, is a global gaming and messaging colossus.

“Tencent’s grows path is as fast as the development of Shenzhen,” Ma was quoted as saying by the Nanfang Daily newspaper.

Tencent is not alone. According to the Shenzhen Statistics Bureau, there are more than 150 listed companies and 3,500 national-level high-tech enterprises in Nanshan.

Shenzhen is also home to more than 360 listed companies, with a number of those counted among the world’s top 500.

“Shenzhen’s robust economy is not only driven by big players such as Tencent, but also a growing number of innovative companies like drone-maker DJI Technology and artificial intelligence and humanoid robotic company UBTech Robotics,” said Ding Jianting, a business commentator based in Guangzhou, the capital of Guangdong.

In Nanshan, a growing number of start-ups have followed big players’ footsteps in innovation and technology investment, Ding said.

When it was established in 1990, the GDP of the 187.47 square kilometer district was no more than 10 million yuan and it depended heavily on agriculture for economic growth.

But nowadays it is a dynamic economic area driven by emerging and technologically innovative businesses, with its economy surpassing 500 billion yuan ($69.75 billion) last year.

Strategic emerging industries and investment in scientific research in the district, which neighbors Hong Kong, now account for more than 60 per cent and 4.71 per cent of its economy, respectively.

“After years of development, Shenzhen is more like China’s Silicon Valley, based on the input of technology and the emergence of a large number of young companies,” Ding said.

Shenzhen Yibaifen Biological Technology, founded in 2016, is seen as a typical emerging start-up in Nanshan.

“I’ve had a dream to get involved in the health industry since high school when I was suffering from an intestinal tract disease,” Chen said.

He graduated from Shenzhen University in 2006 and worked at an airline company before starting Shenzhen Yibaifen with four other co-founders a decade later.

“Shenzhen has earned a reputation for innovation since China’s reform and opening-up in the late 1970s. I have been studying and working in the city for years, as well as witnessing so many young people starting their business here,” he said.

The company launched its first product in 2016, Yishengjun, a probiotic drink, and has attracted a growing number of consumers thanks largely to modern marketing, Chen said.

He said they had targeted young people shopping for and sharing products online, adding that using social networks was “less costly and more effective in reaching potential customers”.

The company has developed an online sales team of more than 100,000 retailers who sell Yibaifen’s products on mobile phone platforms. It has also jointly established manufacturing bases in Taiwan, Jinan in Shandong province, Shantou in Guangdong province, and Qichun in Hubei province.

Emerging industries and technological innovation have driven economic growth not just in Shenzhen, but in all of Guangdong.

Ehang was created in 2014, and has been described as “a leader” in the drone-taxi industry with its autonomous aerial vehicle, the Ehang 184, claiming to be the world’s first passenger drone. Based in Guangzhou its products have applications in passenger transportation, logistics, smart-city management and photography.

“From the supply chain and human resources to government policy support, Guangdong was an ideal place for us to start the urban air-mobility business, which is based around our core product, autonomous aerial vehicles,” said Xiong Yifang, co-founder and chief marketing officer of Ehang.

Xiong had previously worked for a tech start-up in Silicon Valley, and the travel back home gave him the idea for his company. “I flew frequently between China and the US, realizing that urban air mobility would be a new emerging business. Guangdong was the ideal place for us to start up the business,” Xiong said.

He returned to China in early 2014 to start Ehang at a time when a national plan was announced to promote entrepreneurship and innovation as key drivers of the country’s economic transition.

“We wanted to build our own brand in a complete new industrial area driven by technological innovation,” Xiong said.

After several rounds of financings in recent years, the company has entered a fast growth period. Several agreements have been signed with international counterparts.

Ehang announced last month it would join with the Guangzhou government to build a low-altitude aviation transportation network for the Ehang 184.

“As an emerging business, urban air mobility will become a key growth engine for Ehang in the near future,” Xiong said.

The network will shuttle passengers in a safe, fast, environmentally friendly, cost-efficient and intelligent way, according to Xiong. Trial flights should begin by the end of the year with plans to make the network operational within two years.

“Our mission is to make safe, autonomous and eco-friendly air mobility accessible to everyone. We will continue to explore the boundaries of the sky to make flying technologies beneficial to people living in smart cities,” Xiong said.