IN FLIGHT, GREENLAND – MARCH 30: Sea ice is seen from NASA’s Operation IceBridge research aircraft off the northwest coast on March 30, 2017 above Greenland. NASA’s Operation IceBridge has been studying how polar ice has evolved over the past nine years and is currently flying a set of eight-hour research flights over ice sheets and the Arctic Ocean to monitor Arctic ice loss aboard a retrofitted 1966 Lockheed P-3 aircraft. According to NASA scientists and the National Snow and Ice Data Center (NSIDC), sea ice in the Arctic appears to have reached its lowest maximum wintertime extent ever recorded on March 7.Scientists have said the Arctic has been one of the regions hardest hit by climate change. Mario Tama/Getty Images/AFP

PARIS — Nations rich and poor must invest now to protect against the effects of climate change or pay an even heavier price later, a global commission warned Tuesday.

Spending $1.8 trillion across five key areas over the next decade would not only help buffer the worst impacts of global warming but could generate more than $7 trillion in net benefits, the report from the Global Commission on Adaptation argued.

“We are the last generation that can change the course of climate change, and we are the first generation that then has to live with the consequences,” former UN chief Ban Ki-moon, who chairs the commission, said at the report’s launch in Beijing.

“Delay and pay, or plan and prosper,” he said, sharing a catchphrase from the commission, which is co-chaired by Microsoft founder Bill Gates and World Bank CEO Kristalina Georgieva.

Mangroves – tropical tidal water forests – protect, for example, against storm surges and act as nurseries for commercial fisheries, but at least a third of them globally have been uprooted for tourism or aquaculture.

“Global actions to slow climate change are promising but insufficient,” the report stated. “We must invest in a massive effort to adapt to conditions that are now inevitable.”

Without action by 2030, climate change could push more than 100 million people in developing countries below the poverty line, said the report. 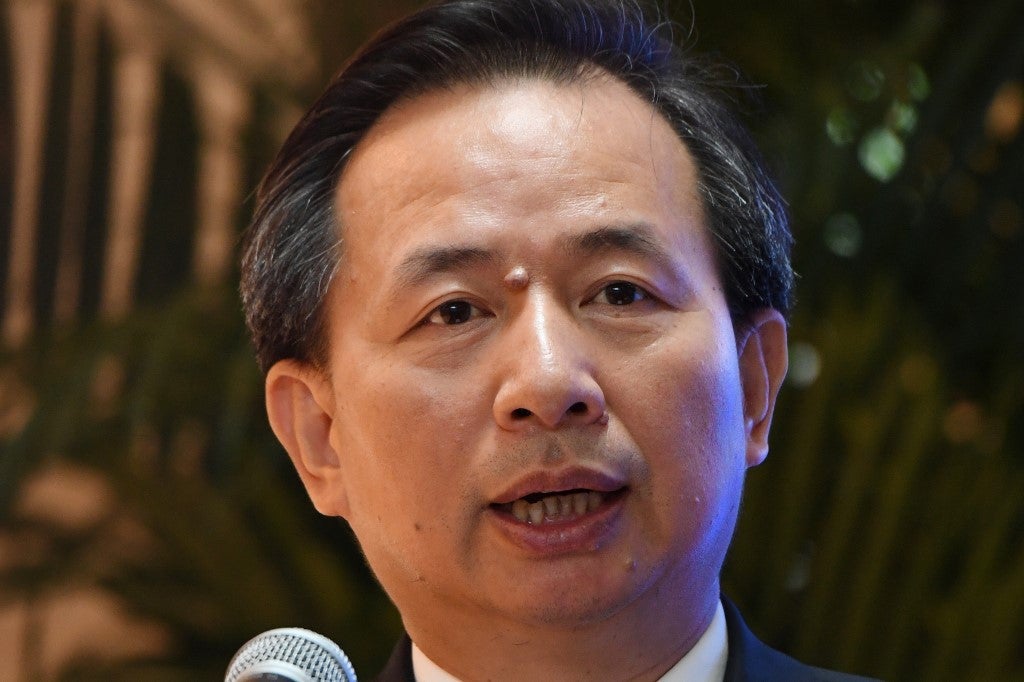 Li Ganjie, China’s Minister of Ecology and Environment, speaks during the launch of a report on climate adaptation in Beijing on September 10, 2019. – Nations rich and poor must invest now to protect against the impact of climate change — or pay an even heavier price later, a global commission led by former UN head Ban Ki-moon warns. (Photo by GREG BAKER / AFP)

In the 25-year history of UN climate negotiations, adaptation has trailed far down the agenda compared with “mitigation”, or the reduction of carbon emissions.

It was long seen as an issue only affecting poor and developing nations.

But recent massive inland flooding and a string of record-breaking hurricanes in the United States, along with ferocious heatwaves in Europe and Japan, have shown that wealth is not an adequate shield.

Dominic Molloy, a co-author of the report from Britain’s Department for International Development, said a new focus on adapting should not detract from the need to slash carbon pollution.

“We absolutely need to do both, reduce emissions and adapt,” Molloy told AFP. “The purpose of this commission was to raise the visibility of adaptation, not shift away from mitigation.”

Failure to curb the greenhouse gas emissions slow-roasting the planet has already unleashed a crescendo of deadly heatwaves, water shortages, and superstorms made more destructive by rising seas.

The Bahamas was devastated this month by one of the strongest Atlantic storms on record.

Earth’s average surface temperature has gone up 1°C since the late 19th century and is on track – at current rates of CO2 emissions – to warm another two or three degrees by the century’s end. 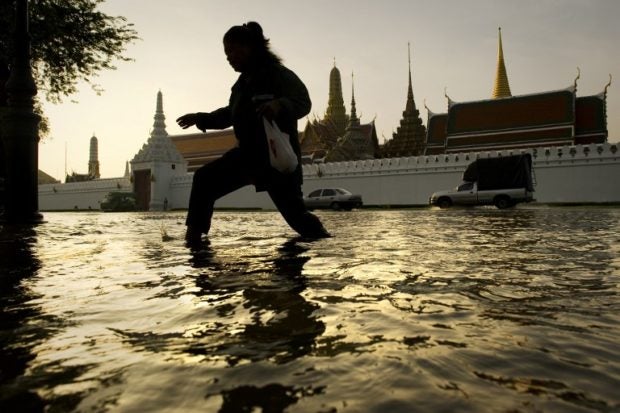 In this file photo taken on October 28, 2011, a woman walking through floodwaters in front of the Grand Palace near the Chao Praya river in Bangkok, when the year’s monsoon season brought the worst floods in decades with a fifth of the city underwater. The sprawling city of more than 10 million is itself under siege from the environment, with dire forecasts that it could be partially submerged in just over a decade. / AFP PHOTO / Nicolas ASFOURI / TO GO WITH Thailand environment climate economy FOCUS by Sophie DEVILLER

The 2015 Paris Agreement calls for capping global warming at “well below” 2°C, and 1.5°C if possible, but it was given a hit when US President Donald Trump withdrew from the pact in 2017.

“I sincerely hope that President Trump will return to Paris climate agreement and do something good for humanity,” Ban said.

The report’s $1.8 trillion adaptation price tag for the period 2020-2030 is not an estimate of global needs, covering only warning systems and the four other areas identified.

The $7.1 trillion dividends are based on the World Bank calculation that the value of the damage caused by climate change is increasing, averaged across the globe, at about 1.5 percent per year.

Patrick Verkooijen, the CEO of the center that commissioned the report, described the proposal as a “global Marshall Plan” – the US aid program that rebuilt Western Europe after World War II. /kga