Apple takes on Netflix with a $5-a-month streaming service 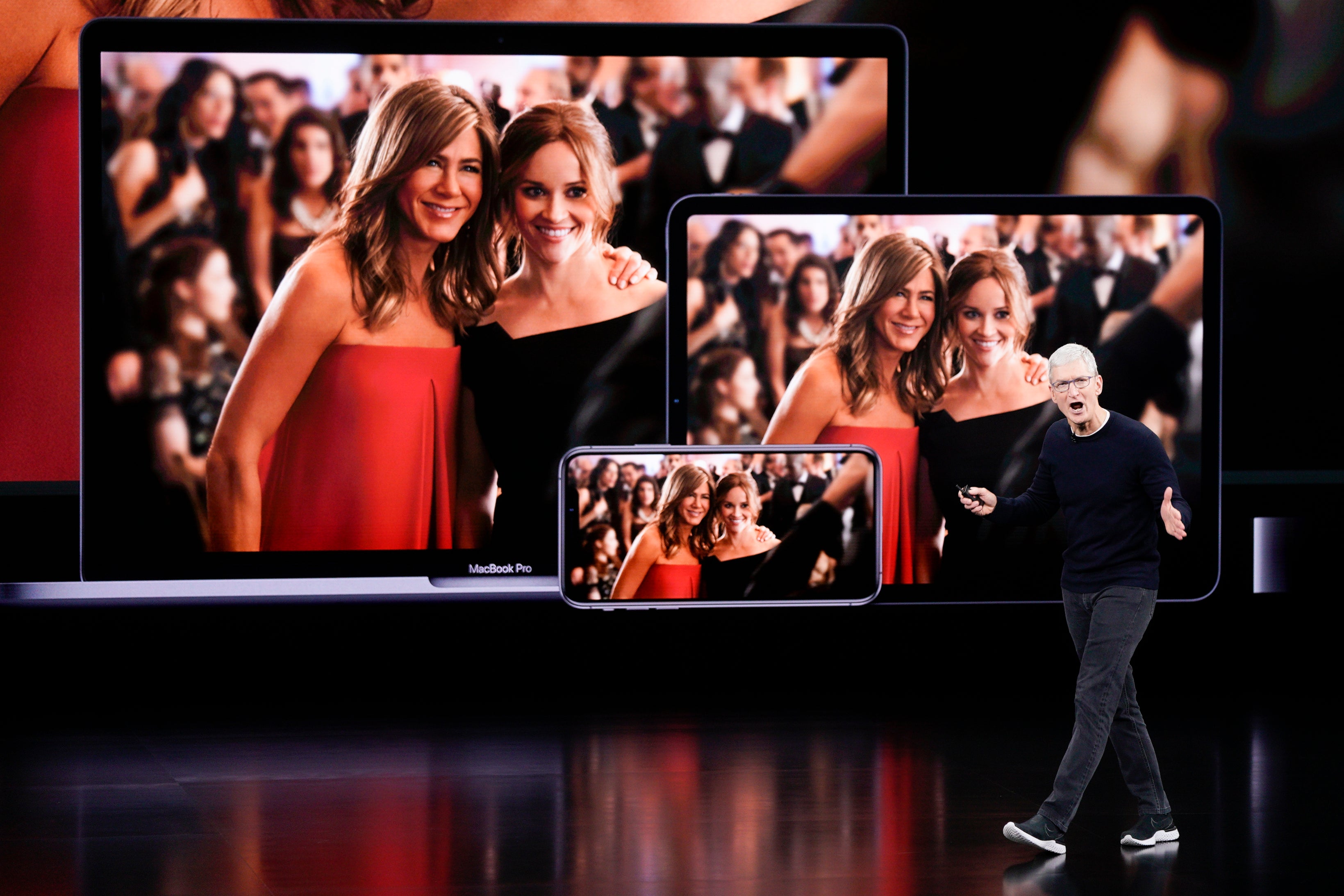 CUPERTINO, California — Apple is finally taking on Netflix with its own streaming television service and, uncharacteristically for the company, offering it at a bargain price – $5 a month beginning on November 1.

Walt Disney Co. is launching its own assault on Netflix the same month, for just $7.

It may be sheer coincidence that the cost of paying for both Apple and Disney subscriptions will still be a dollar less than Netflix’s main plan, priced at $13 a month. But the intent to disrupt Netflix’s huge lead in the streaming business couldn’t be clearer.

Apple delivered the news Tuesday while also unveiling three new iPhones that won’t look much different than last year’s models other than boasting an additional camera for taking pictures from extra-wide angles.

The aggressive pricing is unusual for Apple, which typically charges a premium for products and services to burnish its brand. Most analysts expected Apple to charge $8 to $10 per month for the service, which will be called Apple TV Plus.

But Apple is entering a market that Netflix practically created in 2007 – around the same time as the first iPhone came out. And Netflix has amassed more than 150 million subscribers, meaning that Apple needed to make a splash.

“You have to expect they’re going to do something, considering how hyper-competitive the streaming video space is,” said Tim Hanlon, CEO of Vertere Group.

Apple CEO Tim Cook did not have much new to say about the TV service beyond its pricing and debut date, although he did show a trailer for a new Jason Momoa-led series called “See.”

Netflix declined to comment. In the past, Netflix CEO Reed Hastings has depicted the increased competition as a positive for everyone, allowing consumers to create their own entertainment bundles instead of accepting bundles put together at higher prices by cable and satellite TV services.

Like Netflix and similar services from Amazon and Hulu, Apple has been spending billions of dollars for original programs. The most anticipated so far seems to be “The Morning Show,” a comedy starring Jennifer Aniston, Reese Witherspoon, and Steve Carell. The service will launch with nine original shows and films, with more expected each month. It will only carry Apple’s original programming and will be available in 100 countries at launch.

Since it began focusing on exclusive shows and movies six years ago, Netflix has built a huge library of original programming and now spends upward of $10 billion annually on its lineup. 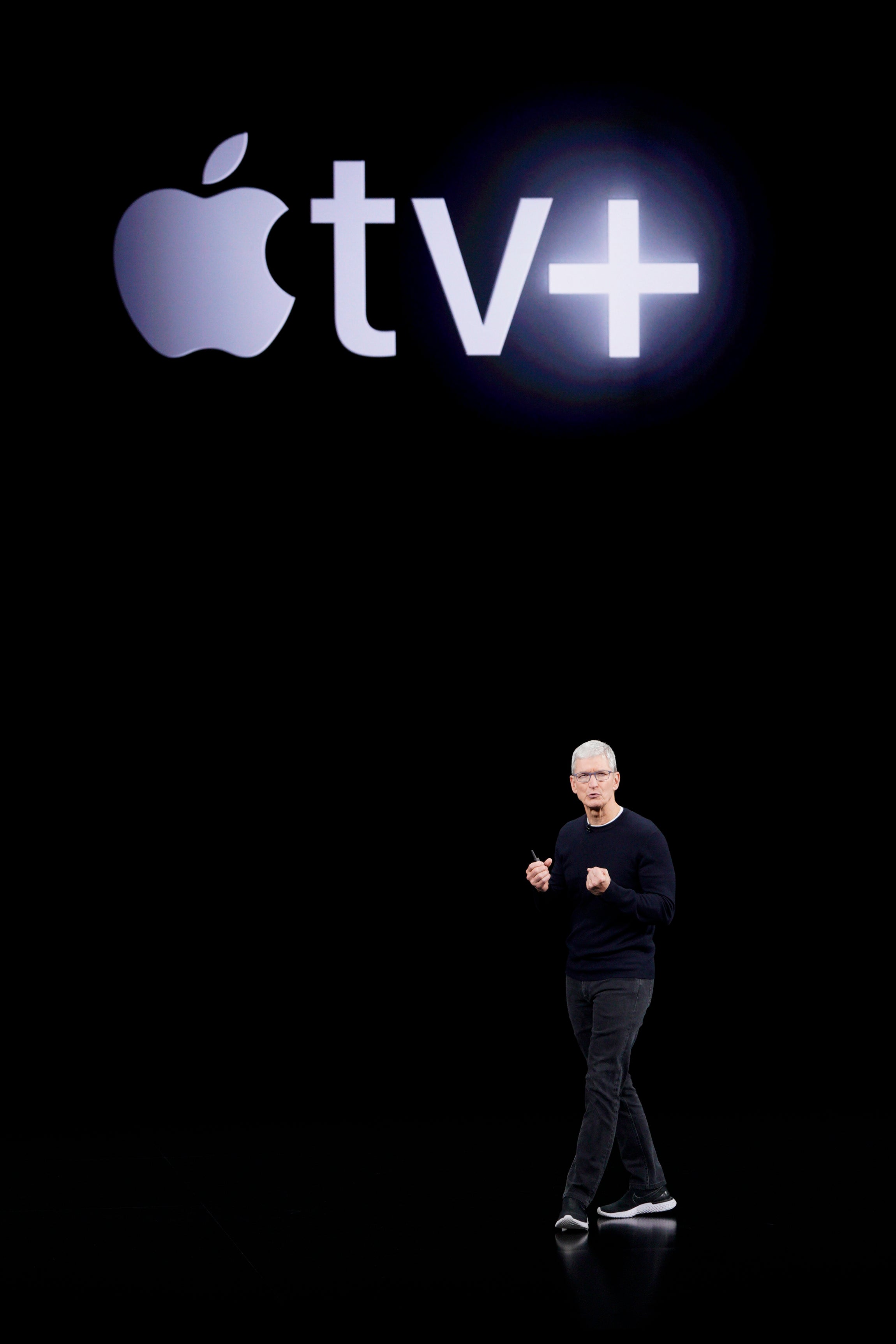 Apple also announced a new videogame subscription service that will cost $5 a month when it rolls out September 19. Called Apple Arcade, the service will allow subscribers to play more than 100 games selected by Apple that are exclusive to the service.

Disney, one of the most hallowed brands in entertainment, is also muscling its way into the market with a streaming service featuring its treasured vault of films and original programming.

That means both Apple and Disney will be undercutting the industry leaders. Besides Netflix, there is Amazon at $9 per month and Hulu at $6 per month.

The price war is unfolding as Netflix tries to bounce back from a rough spring in which it suffered its first quarterly drop in U.S. subscribers since 2011. Apple’s pricing tactics caught investors’ attention. Netflix’s stock fell 2% on Tuesday.

Each new entry into the crowded video subscription market stretches the limits of just how many monthly plans viewers are willing to pay for.

The Apple streaming service will, at least for now, offer fewer viewing options than Netflix or Disney but also at a significantly lower price.

Apple’s pricing shows it is serious, and the company will probably take a loss “as it plays catch-up,” said Colin Gillis, director of research at Chatham Road Partners.

Hoping to propel its streaming service to a fast start while also boosting iPhone sales, Apple will give a year of free TV access to anyone who buys an iPhone, iPad, iPod Touch or Mac.

The new iPhones were accompanied by an unexpected price cut for the cheapest model, which underscored the company’s efforts to counteract the deepest slump in sales for its flagship product since the phone was unveiled 12 years ago. 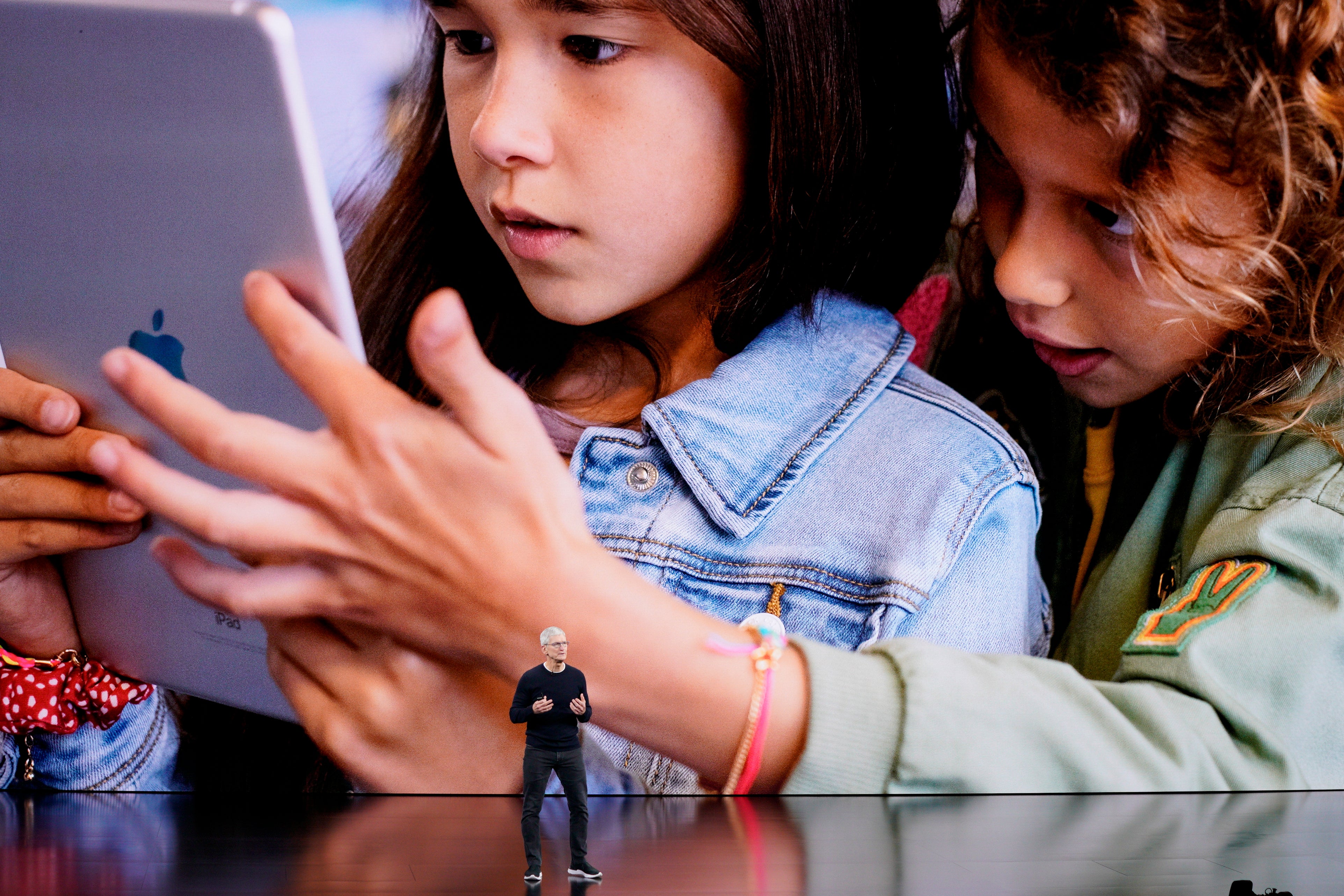 iPhone shipments are down 25% so far this year, according to the research firm IDC, putting pressure on Apple to generate revenue from services such as music, video streaming, games, and its App Store. Revenue from services rose 14% to nearly $23 billion during the first half of this year.

Apple is cutting the price of the iPhone 11 to $700 from $750, the price of last year’s XR. The lower prices reverse a trend in which premium phones get more expensive as people upgrade them less often.

The new phone models resemble last year’s iPhone XR, XS, and XS Max. And they have the same design – with more display space, less bezel and no home button – that Apple switched to with the iPhone X in 2017.

Unlike some of the other devices coming out this year, the new iPhones won’t support upcoming ultrafast cellular networks known as 5G. Apple paid billions of dollars to settle a royalty dispute with chipmaker Qualcomm in April to gain the technology it needs for 5G iPhones, but those models will not be ready until next year. /kga