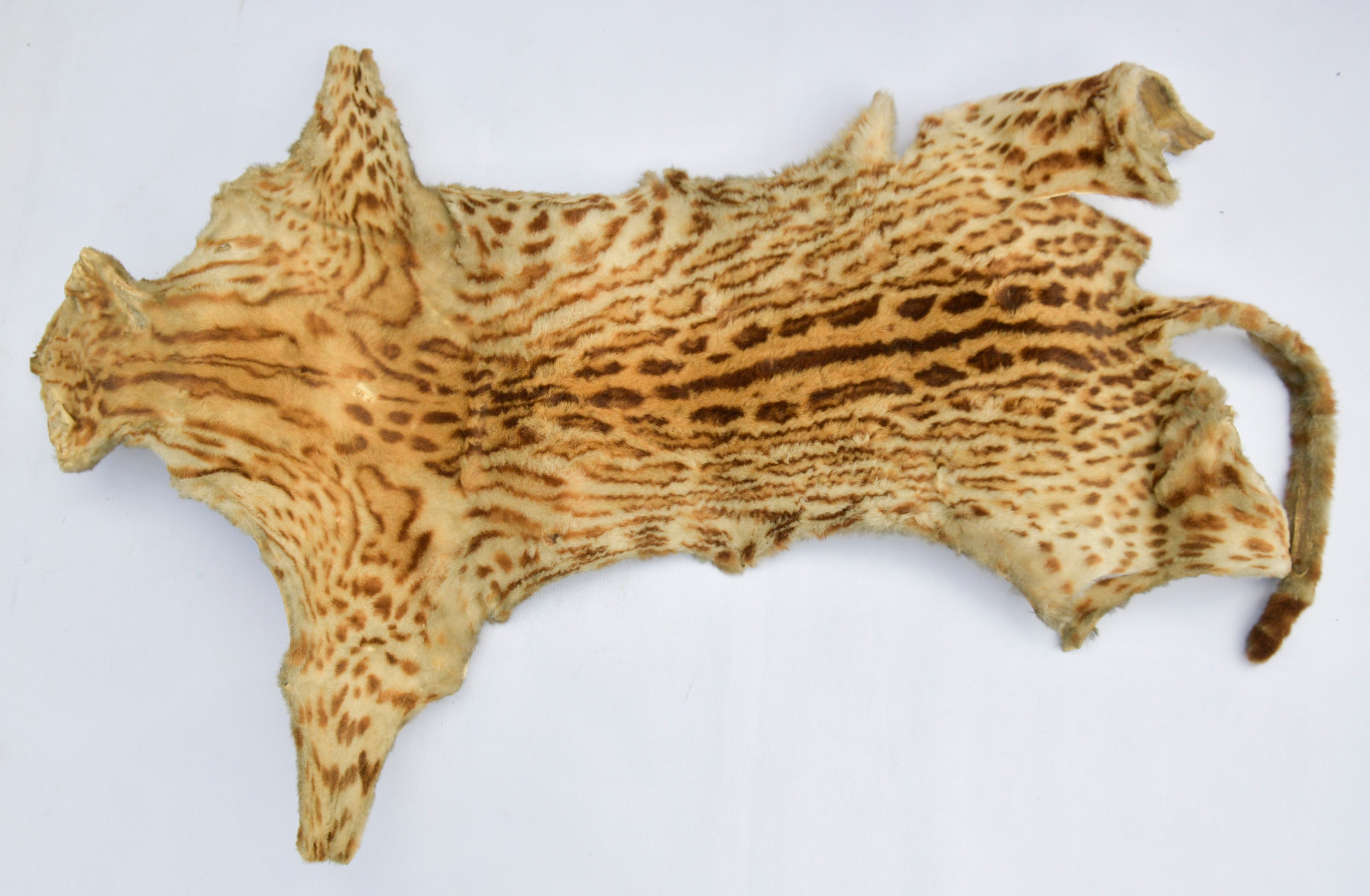 View of a seized feline’s fur in Bogota on September 12, 2019. – The Colombian police and the Environment Secretariat of Bogota recovered over 1,400 objects made from parts of wild animals, some of them in danger of extinction, which were sold for witchcraft and pagan worship. (Photo by Raul ARBOLEDA / AFP)

During the raid, authorities found 442 snake rattles, 128 mammal teeth, 23 tapir hooves, a cat skull, toucan heads, 12 necklaces made of monkey appendages, deer hooves, the tails and shells of armadillos, feathers from parrots and macaws, as well as skins from ocelots, pumas, boa constrictors, anacondas and primates.

The parts found for sale in Bogota’s central La Candelaria neighborhood came from animals captured in the Amazon or other regions of Colombia — the world’s second most-biodiverse country, after Brazil.

“These objects were mainly used for rituals and worship by people who procured them illegally,” Bogota’s under-secretary of environment Oscar Lopez told media on Thursday.

He added that authorities also seized seeds that had been collected from natural forests without permission.

The animal parts were sold in stores specializing in artisanal and natural products.

Some had been incorporated into illegally manufactured products, while others were being sold individually.

The parts were bought by “all kinds of people for healing rituals or esoteric rituals. In particular, people who make amulets to protect themselves from being shot,” a source from Bogota’s environment secretariat told AFP.

“In other words, hired killers, bandits and all people outside the law.”

The seizure was part of the “Operation Ancestors” project, which was carried out on Wednesday by municipal officials and Bogota police officers.

Under Colombian law, people who sell or traffic wild species face up to eight years in prison and multi-million dollar fines.  /muf