“Fortnite” players assume Batman will become the latest crossover character in “Fortnite”, after Batman items were found in game files.

Mobile users can also expect to see whether their friends are online, create a party and talk to its members before playing a game thanks to a new Party Hub update. 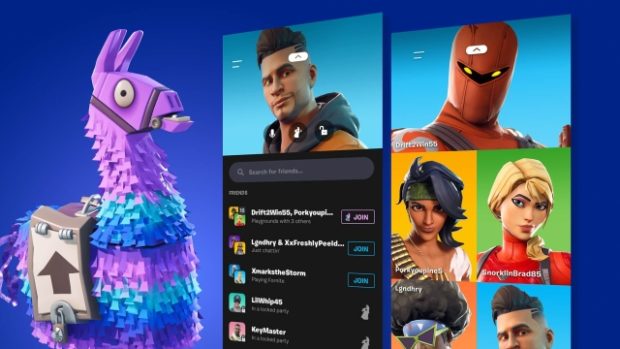 The suite of Party Hub features can be accessed from within the “Fortnite” mobile application and, at launch, is available from the bottom of the main screen.

Voice chat works in-game, out-of-game and with parties that are split across both statuses; parties can also be transferred from mobile to desktop or console by launching “Fornite” while the mobile application is still open.

Party Hub does not yet have text messaging but developer Epic Games is working on it.

In-game, “Fortnite” enthusiasts have uncovered evidence that some sort of Batman crossover event is approaching.

Established data miner Lucas7yoshi, shared his findings on Twitter, which include two new items: an Explosive Batarang and a Grapnel Gun.

The gun’s descriptive text instructs players to deploy their Bat Cape upon usage, suggesting that any crossover will also switch out glider designs temporarily.

Another data miner, Hypex, has also surfaced some Gotham-esque building designs plus an in-game image of a Bat-Signal shining above a very much altered Tilted Town location.

Here's how big the light is pic.twitter.com/U6zMnSnU8A

Another community data miner, FNLeaksAndInfo, showed how the “Fortnite” incarnation of Gotham City might look without dark and dramatic lighting.

As to when the Batman crossover might occur, Epic Games has not yet acknowledged the event. RGA/JB