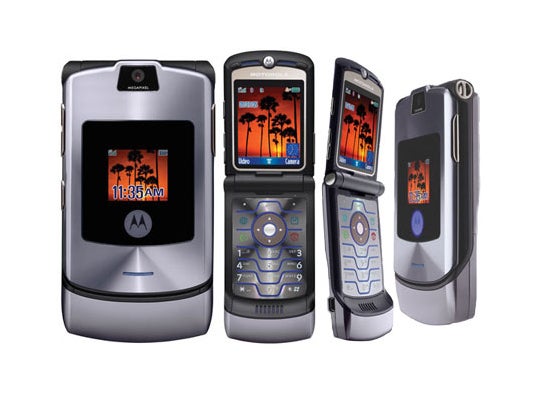 Motorola will reportedly be announcing an updated Razr with a folding display this year. Image: Courtesy of Motorola via AFP Relaxnews

Motorola will likely unveil its first smartphone with a folding display by the end of the year, a source familiar with the company’s plans told CNET over the weekend.

Though the date at which it is expected to go on sale has yet to be disclosed, the company will purportedly be showing off the device that will put them in the folding display smartphone race with Samsung and Huawei this year.

Late last week, the Galaxy Fold officially went on sale in the United States while Huawei continues to delay the launch of its Mate X, which was first shown off at the Mobile World Congress in February. While smaller handset manufacturers have launched their own renditions of the modern folding smartphone, Samsung’s version will be the one to beat on the market, and Motorola plans to do that by giving its version a retro flair.

In April, Slashleaks published an image taken (and later removed) from the Chinese social media platform Weibo of what appears to be a promotional image of an open Razr with a display spanning from the top clam shell to the bottom one, effectively replacing the number pad. This image supported a report by the Wall Street Journal published in January stating that Motorola had plans to revive the iconic model that took the early 2000s by storm but with a 2019 twist.

Though Motorola has not yet commented on the reveal of such a device, the launch could potentially be in the works. RGA/JB