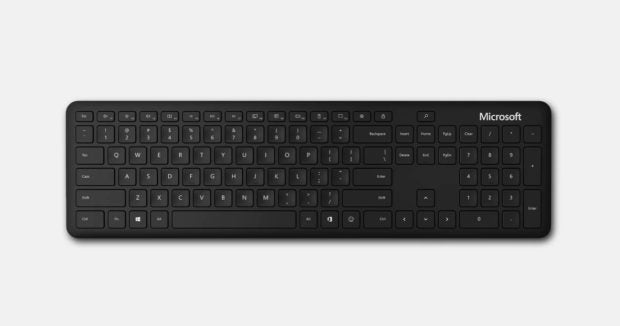 Microsoft has created two new keyboards with keys dedicated to Office and emoji, merging work and play. Innovating in the PC peripheral sphere — let alone with keyboards — isn’t the most obvious exercise to carry out, but it’s possible.

Microsoft demonstrates this with two new models: one Bluetooth-connected and the other wired traditionally, featuring two new function keys.

Just like the Start Menu-launching Windows key, the Office and emoji keys are shortcuts sure to save office workers precious time. Deftly pressing Office+W will launch Word (and so on for Excel, PowerPoint).

While its neighboring emoji key, located one space further right of the keyboard, pops up a menu with an array of icons, as with social networks.

Of course, other keyboard manufacturers are not bound to take up the concept, unless they so desire, opening the door to the idea of a new standard.