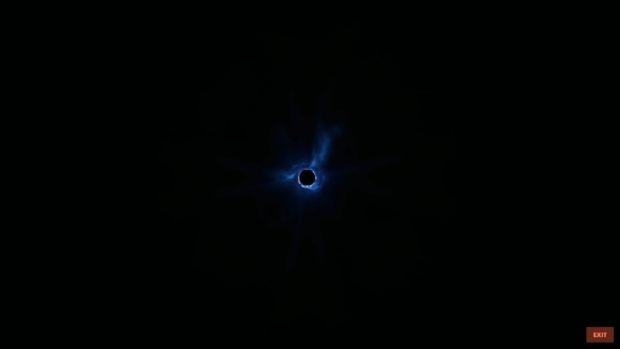 “Fortnite” season 10 drew to a dramatic close on Oct. 13 when a black hole swallowed everything. A series of clues led fans to decipher a coded message.

The players of the last-person-standing game are waiting until today, Oct. 15 — or maybe even until Thursday— to find out what happens next.

Just two weeks ago, sci-fi multiplayer shooter “Destiny 2” and its predecessor went offline for 24 hours, in preparation for its free-to-play switch and the big Oct. 1 update, Shadowkeep.

Now “Fortnite” appears to be doing the same.

Amid rumors of a new island to explore and master, the unannounced downtime of “Fortnite” has been turned into a spectacular community mystery. Players that were in-game on Oct. 13 at 2 pm, Eastern time saw rockets (or a single rocket, multiplied) fly in and out of various cracks or space-time rifts dotted around the “Fortnite” sky.

The rockets’ combined activity opened up a new rift, consuming a meteor suspended in mid-air above the island.

That meteor then reappeared further above the “Fortnite” map and was sent plummeting straight down into a mysterious orb on the island’s surface. When the orb exploded, it generated a whirlpool effect as a black hole opened up and swallowed up the island. Not only that, but it sucked in players that had been watching too, and unusually for “Fortnite”, those waiting in the game’s choose-a-character lobby.

That suggests the season 10 event’s effects were more far-reaching than before, with community enthusiasts already anticipating a new island and the beginning of “Fortnite Chapter 2.”

Yet since then, there’s been nothing to see or do, “Fortnite” has shut down — though not entirely.

As a series of numbers popped up on the official stream, eager fans set about unscrambling a secret message, matching them with previous messaging from a cryptic “Fortnite” character called the Visitor, previously linked to the orb and rocket launch.

The next phase of The End is expected to begin on Thursday, Oct. 17 at 6 a.m. EST (6 p.m. in Manila), as code underneath the game’s official website indicates.

However, we might not have to wait that long. Site code had first shown 6 a.m., Tuesday, Oct. 15 as the key time, so “Fortnite” developer Epic Games might have something else ready by then. CL/NVG