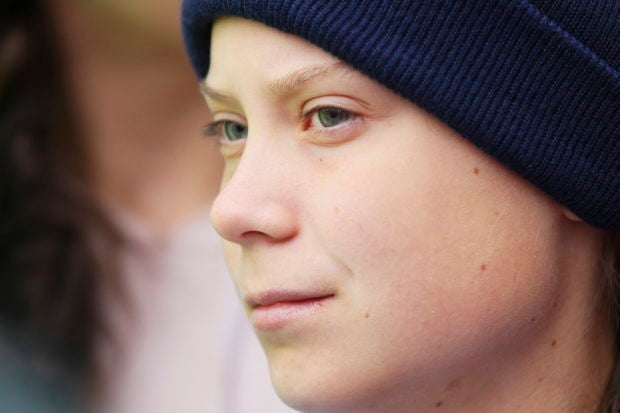 Swedish climate activist Greta Thunberg takes part in a march and rally at the Alberta Legislature Building in Edmonton, Alberta, on Friday, Oct. 18, 2019. Image: The Canadian Press via AP

London’s Natural History Museum said Friday that a minute species of beetle is being named “Nelloptodes gretae” in honor of the 16-year-old Swede who has pressed the world to do a better job fighting climate change. 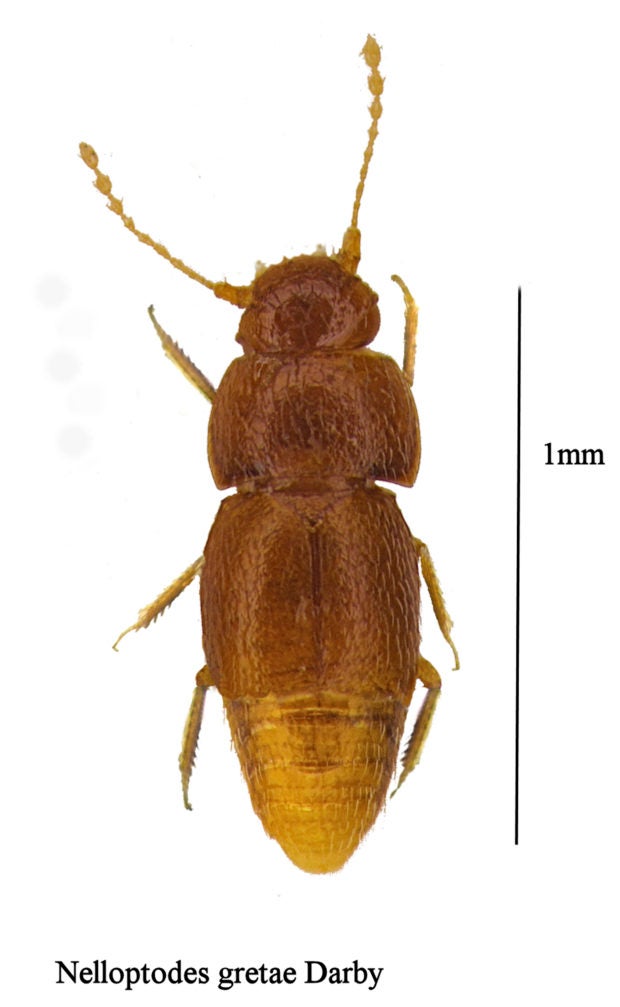 Michael Darby, a scientific associate at the museum who found the insect in its collection of millions of animal specimens, chose the name to acknowledge Thunberg’s “outstanding contribution” to raising awareness of environmental issues.

The beetle is less than 1 millimeter long and has no eyes or wings. It belongs to a 1960s collection from samples of soil and leaf litter in the Kenyan capital, Nairobi, which was donated to the Natural History Museum in 1978.

It is part of the Ptiliidae family of beetles, which includes some of the world’s smallest insects. IB/JB