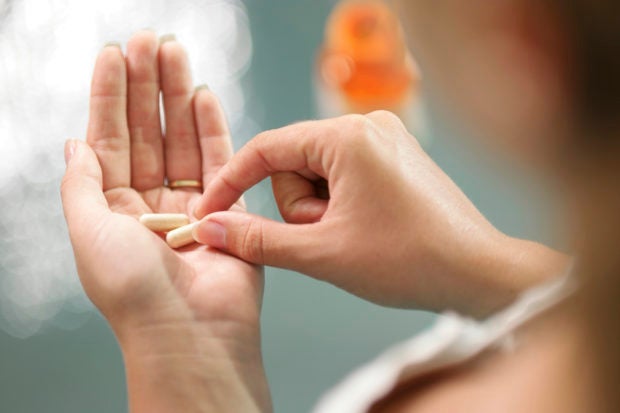 Taking anti-inflammatory agents such as aspirin could help to reduce the symptoms of major depression, according to new research. Image: Istock.com/diego_cervo via AFP Relaxnews

New Chinese research has found that taking anti-inflammatory agents such as aspirin, paracetamol, statins and antibiotics could help to reduce the symptoms of major depression.

A team from Huazhong University of Science and Technology analyzed 30 existing studies which included a total of 1,610 people, to investigate the efficacy and safety of taking anti-inflammatory agents as a treatment for major depressive disorder, either alone or combined with antidepressants, in comparison to taking a placebo.

The findings, published in the Journal of Neurology, Neurosurgery & Psychiatry, showed that anti-inflammatory agents safely and effectively curbed the symptoms of major depression, and were 52% more effective at reducing symptom severity overall, and 79% more effective in eliminating symptoms than a placebo.

The effect of anti-inflammatory agents was even stronger when they were added to a standard antidepressant treatment.

When the researchers looked at which of the agents provided the most benefits, they found that NSAIDs, omega 3 fatty acids, statins, and minocyclines were the most effective at reducing major depressive symptoms compared with taking a placebo.

However, anti-inflammatory agents didn’t appear to improve patients’ quality of life. The researchers explained that this might be due to only a small number of studies investigating this aspect, or because major depressive disorder is a chronic disease which requires long-term treatment and “it is difficult to obtain improvement in quality of life measures in several weeks.”

No major side effects were observed from taking anti-inflammatory agents, although those who took statins and NACs did experience some gut symptoms. The team added that as most trials lasted only four to 12 weeks, it was not possible to track possible long-term side effects.

Although they note that more research is needed, the team concluded, “The results of this systematic review suggest that anti-inflammatory agents play an antidepressant role in patients with major depressive disorder and are reasonably safe.” CL/JB