Choosing pleasure not a failure of self-control—study | Inquirer Technology 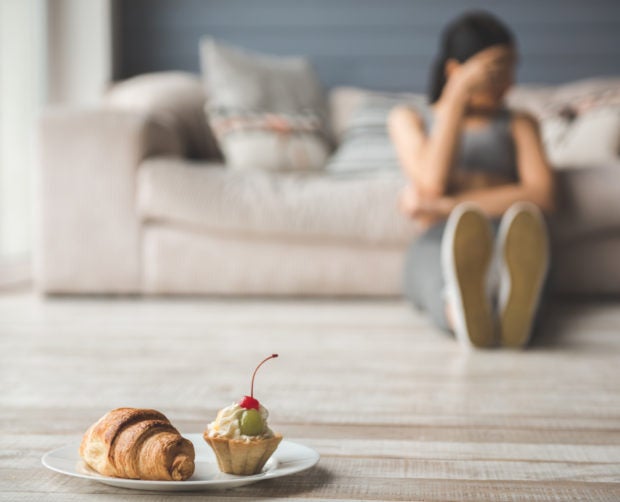 A large majority of the volunteers did not consider the choice to eat the dessert over fruit salad a sign of weakness. Image: Istock/Vadimguzhva via AFP Relaxnews

Choosing a sweet pastry instead of hummus and crudités does not necessarily equal a lack of willpower, according to a collaborative study carried out by British, Italian, and South Korean universities.

In consumer research, self-control is often seen as the ability to restrain oneself from eating unhealthy foods. According to this common conceptualization, food decisions involve a conflict between health and pleasure, where choosing pleasure is associated with a self-control failure.

However, the authors of this new study, published in The Journal of Consumer Psychology, based their research on the principle that “health and pleasure are not necessarily in conflict” with each other, as far as food is concerned.

They studied 413 participants via an online survey, asking volunteers to imagine themselves as a fictional character, “M.A.” In the case study, M.A. is sitting in a restaurant, has just finished his main course, and is hesitating between two desserts: a piece of chocolate cake or a fruit salad.

Participants were then randomly separated into two groups. The first group was told that M.A. went for the cake, while the second group was told that M.A. chose the fruit salad. All the survey subjects were then asked to give their opinion on M.A.’s decision to eat the chocolate cake, by indicating whether it represented a lack of willpower (with three possible answers: “yes”, “no”, and “I’m not sure”). A vast majority of the volunteers (61.5 %) did not consider the choice to eat the cake as a sign of “weakness.”

“It is not the consumption of cake that automatically signals a self-control failure, it is whether consumers believe that they may regret their food choice in the future; our research demonstrates that health and pleasure are not necessarily in conflict,” said study co-author, associate professor of marketing at Cass Business School Dr. Irene Scopelliti. “That thinking plays into the dichotomous perception of foods being either good or bad, which is an incorrect over-simplification of eating practices.”

The study’s authors underscore the role of health professionals, such as nutritionists and dieticians, who are best able to objectively determine in what ratios certain types of foods may be healthy or “bad.”

Dr. Young Eun Huh from the Korea Advanced Institute of Science and Technology’s School of Business and Technology Management added, “By abandoning the idea that eating ‘bad foods’ equals a self-control failure, consumers should find it easier to exert self-control, particularly if they are armed with the combined dietary knowledge of medically trained professionals and the behavioral knowledge of psychologists and consumer researchers.” CL/NVG