‘Help! What is this?’ Netizens take to Reddit for STD diagnosis 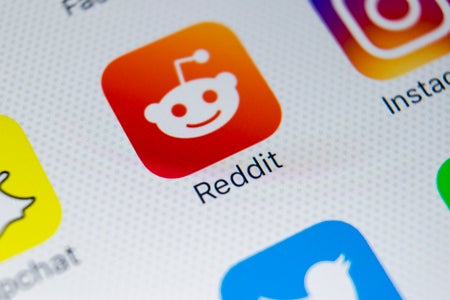 One in five requests for a diagnosis come from users trying to get a second opinion, after having consulted a doctor. INQUIRER.net stock photo

“How did I get chlamydia?” “Is this herpes?”

People are increasingly turning to strangers on social network Reddit to diagnose their sexually transmitted diseases, according to a new study published in an American journal Tuesday that called the phenomenon “crowd-diagnosis.”

Researchers from the University of California San Diego examined 17,000 posts on a Reddit thread devoted to STDs. They then analyzed a random sample of 500 posts.

Fifty-eight percent of these messages explicitly requested a crowd-diagnosis, while 31% included a picture of the symptoms.

One in five such requests come from users trying to get a second opinion, after having consulted a doctor. These included the case of a person who tested positive for HIV but wanted to know what other Reddit users thought.

Eight-seven percent of the time, such requests received a reply, and fast: the median time for a first response was three hours, with some receiving a reply in less than a minute.

“Everybody talks about Dr. Google all the time,” John Ayers, an epidemiologist at UC San Diego and co-author of the paper published in the Journal of the American Medical Association, told AFP.

“But the reality is searching for information online is not how people use the internet anymore. They want to get real interactions with real people.”

But the problem, Ayers added, was that “crowd-diagnosis, as it exists now, is wildly inaccurate and dangerous, but that doesn’t mean that we can’t turn millions of people seeking diagnosis on social media into something good.”

He and his colleagues envisioned a future in which health care professionals were available on social networks — not necessarily to make a diagnosis based on insufficient information, but to make a first screening and refer users to where they could get help — either at a clinic or via a teleconference consultation.

“The reality is that in the longer term, the bigger picture is crowd diagnosis could be a boon to public health information,” Ayers said, taking the example of a subreddit devoted to suicidal thoughts.

“Trained experts are curating that Reddit, and they provide them referrals,” he added. IB/NVG