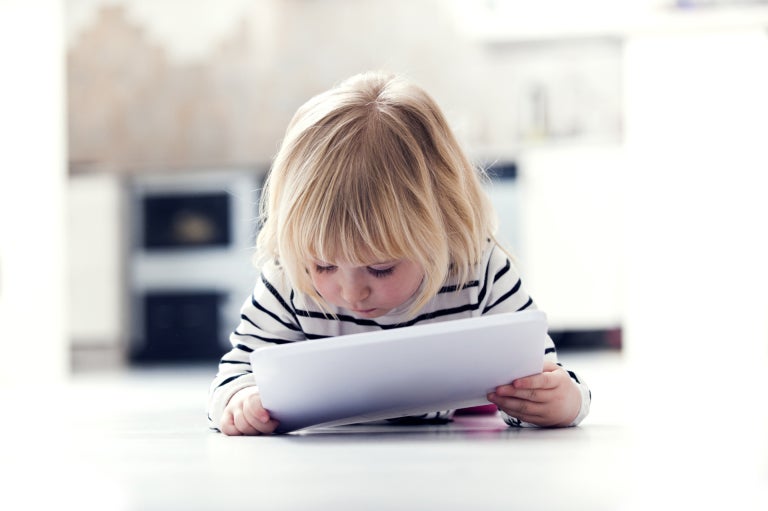 New United States research has found that preschool-age children who use more screen-based media show structural differences in the brain, which could affect their language and literacy skills.

Carried out by researchers at the Cincinnati Children’s Hospital Medical Center, the new study looked at 27 girls and 20 boys, all healthy and aged between 3 and 5 years old, and assessed their screen time in terms of American Academy of Pediatrics (AAP) recommendations. The AAP recommendations take into account how much time children should spend in front of screens, a child’s access to screens (including portable devices and content), and who children are with and how they interact when they are looking at screens.

The children completed standard cognitive tests and underwent a diffusion tensor MRI, which provides estimates of the white matter integrity in the brain. The children’s parents were also asked to complete a 15-item screening tool, the ScreenQ, which reflects AAP screen-based media recommendations.

The findings, which are published online in JAMA Pediatrics, showed that children who have more screen time, as measured by the ScreenQ scores, have lower brain white matter integrity, which affects language and other emergent literacy skills.

“This study raises questions as to whether at least some aspects of screen-based media use in early childhood may provide sub-optimal stimulation during this rapid, formative state of brain development,” says John Hutton, MD, lead author of the study. “While we can’t yet determine whether screen time causes these structural changes or implies long-term neurodevelopmental risks, these findings warrant further study to understand what they mean and how to set appropriate limits on technology use.”

“Screen-based media use is prevalent and increasing in home, childcare and school settings at ever younger ages,” added Dr. Hutton. “These findings highlight the need to understand effects of screen time on the brain, particularly during stages of dynamic brain development in early childhood, so that providers, policymakers and parents can set healthy limits.”

It is also recommended that parents set aside media-free family time together, such as dinner or driving, as well as media-free locations at home, such as bedrooms. JB

From 24/7 service to ‘estero-telling’: Checking up on the state of public libraries