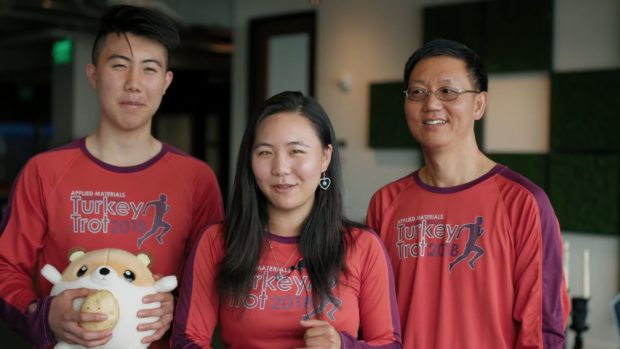 Augmented reality (AR) game “Run to My Heart”, an app that encourages players to stop themselves from turning into literal potatoes, has won the inaugural Niantic Beyond Reality developer contest, a competition put on by the company behind “Pokémon Go” and “Harry Potter: Wizards Unite”.

It’s a first for a family who loves running and gaming: as three-person studio JC Soft, the father, daughter and son team combined their interests to make “Run to My Heart”.

The app is the winner of a four-month contest held by “Pokémon Go” and “Harry Potter: Wizards Unite” studio Niantic, which specializes in making augmented reality games for mobile devices, and announced the winners in a blog post.

Ten teams had been chosen to participate in the contest, and for JC Soft it was their first time working with augmented reality technology.

“Run to My Heart” takes place in a world where people can stop themselves from turning into potatoes by going for a run, VentureBeat reports.

There are artificial intelligence (AI) running buddies to keep players motivated and a social element that lets players run together or set challenges for each other.

The contest also served as a trial run for Niantic, which will be opening up its Real World Platform development kit to selected participants through the Niantic Creator Program.

Placing second in the contest was “Wild SanctuARy”, an exploration game about saving endangered species.

Third-place runner up was “CryptOS”, whose players solve cybersecurity puzzles within the bounds of a geospatial hacking game that uses webcam technology. CL/JB