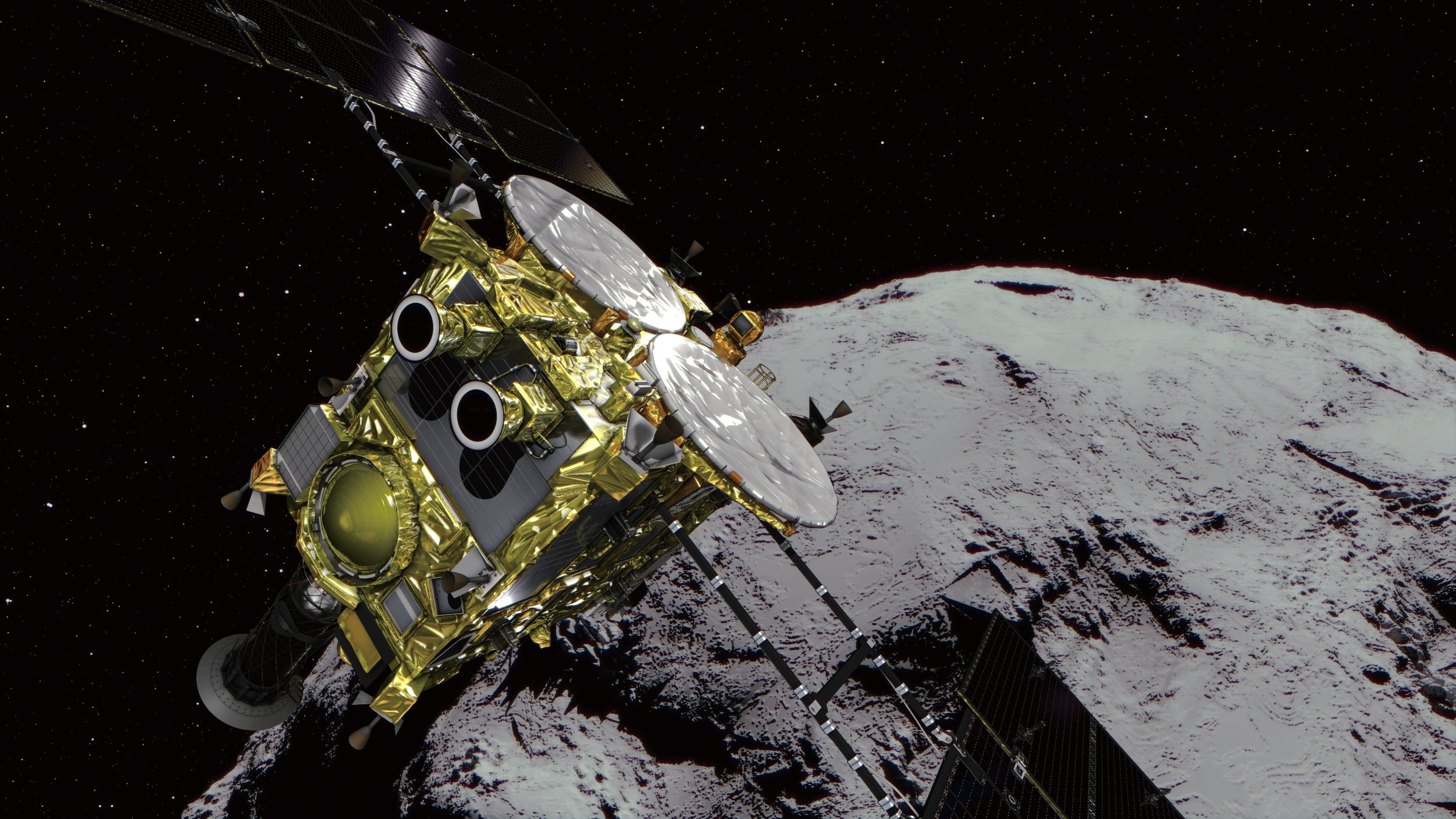 This computer graphics image provided by the Japan Aerospace Exploration Agency (JAXA) shows an asteroid and asteroid explorer Hayabusa2. The Japanese space explorer, which arrived at the asteroid on June 27, 2018, and is bringing back soil samples, has started its yearlong journey home. The asteroid was about 280 million kilometers (170 million miles) from Earth. (JAXA via AP)

TOKYO — Japan’s Hayabusa2 spacecraft has departed from a distant asteroid, starting its yearlong journey home after successfully completing its mission to bring back soil samples and data that could provide clues to the origins of the solar system.

The Japan Aerospace Exploration Agency (JAXA) said the spacecraft left its orbit around the asteroid Ryugu, about 300 million kilometers (180 million miles) from Earth.

Hayabusa2 made two touchdowns on the asteroid and successfully collected data and samples during its 1½-year mission since arriving there in June 2018.

The spacecraft is expected to return to Earth in late 2020 and drop a capsule containing the precious samples in the Australian desert.

JAXA scientists hope the samples contain carbon and organic matter that could explain how they are related to Earth. /kga