Cannabis may be ineffective as a replacement drug for opioid users 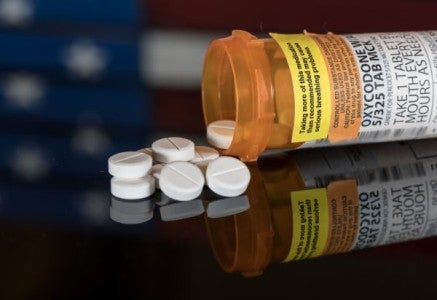 The opioid epidemic in the United States has caused more than 50,000 deaths by overdose. Canada, which has had 10,000 deaths since the mid-2010s, has also been affected. Image: BackyardProduction/IStock.com via AFP Relaxnews

A Canadian research team has analyzed several studies to determine if cannabis could serve as an exit drug for opioid-dependent patients undergoing methadone maintenance therapy. However, their investigation was unable to find any solid evidence that cannabis could help counter opioid use disorder.

The opioid epidemic, which continues to rage in the United States, has caused 50,000 deaths by overdose since the mid-2010s. Canada, which has had 10,000 deaths linked to opioid drugs (heroin, morphine, tramadol, codeine, oxycodone, fentanyl) — some of which are taken illicitly to treat chronic pain — has also been affected by this public health scourge.

It was hoped that recent legislation, which has legalized the recreational use of cannabis in Canada and a number of American states, would lead to a reduction in the consumption of opioids caused by users switching to medical cannabis, which is also known for its pain-killing properties.

However, a meta-analysis recently published in the Canadian Medical Association Journal and supported by the Canadian Institute of Health Research has spotlighted the absence of evidence to suggest that medical cannabis can help resolve the opioid epidemic.

Researchers at McMaster University in Ontario, Canada reviewed 23 research projects, and conducted a meta-analysis of six studies with a total of 3,676 participants, which investigated the use of cannabis during methadone maintenance therapy.

The team observed that people who used cannabis during their treatment did reduce their illicit opioid use. Moreover, the researchers also noted that cannabis use was not associated with an increased propensity to remain in treatment.

“We found no consensus among studies that cannabis use is associated with reduced opioid use or longer treatment retention when used during methadone maintenance therapy in patients with opioid use disorder,” concluded the authors of the study. IB/JB

Could medical marijuana help control the US opioid crisis?