Get moving! 4 in 5 adolescents don’t exercise enough, says WHO 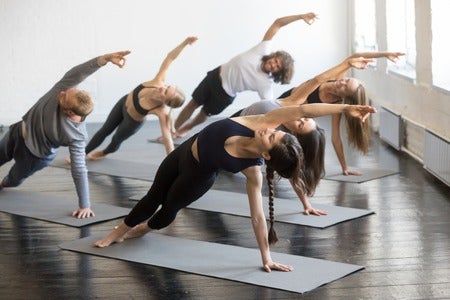 Four in five adolescents worldwide do not get enough physical activity, to the detriment of their health, the World Health Organization (WHO) said Friday, warning that girls especially need more exercise.

In its first-ever report on global trends for adolescent physical activity, the United Nations health agency stressed that urgent action was needed to get teens off their screens and moving more.

“We absolutely need to do more or we will be looking at a very bleak health picture for these adolescents,” study co-author Leanne Riley told journalists ahead of the launch.

The report, which was published in the Lancet Child & Adolescent Health journal, is based on data from surveys conducted between 2001 and 2016 of some 1.6 million students between the ages of 11 and 17 across 146 countries.

It found that 81% did not meet the WHO recommendation of at least an hour a day of physical activity such as walking, playing, riding a bike or taking part in organized sports.

This is worrying, since regular physical activity provides a host of health benefits, from improved heart and respiratory fitness to better cognitive function, making learning easier.

Exercise is also seen as an important tool in efforts to stem the global obesity epidemic.

But despite ambitious global targets for increasing physical activity, the study found virtually no change over the 15-year-period it covered.

“We are not seeing any improvements,” Riley said.

While the report does not specifically study the reasons for adolescent physical inactivity, she suggested that the “electronic revolution… seems to have changed adolescents’ movement patterns and encourages them to sit more, to be less active.”

The report authors also pointed to poor infrastructure and insecurity making it difficult for adolescents to walk or bike to school.

The study found that levels of physical inactivity among adolescents were persistently high across all regions and all countries, ranging from 66% in Bangladesh to 94% in South Korea.

“We find a high prevalence pretty much everywhere,” lead author Regina Guthold told journalists, noting that in “many, many countries, between 80% and 90% of adolescents (are) not meeting the recommendations for physical activity.”

And the situation was particularly concerning for adolescent girls, with only 15% of them worldwide getting the prescribed amount of physical activity, compared to 22% for boys.

In fact, girls were less active than boys in all but four countries — Afghanistan, Samoa, Tonga and Zambia.

And while the situation for boys improved somewhat between 2001 and 2016, with inactivity levels dropping from 80 to 78%, girls remained at 85%.

In a number of countries, the gender gap appeared to be linked to cultural pressure on girls to stay home and shun sports, as well as concerns over safety when moving about outdoors.

But Guthold also pointed out that “a lot of physical activity promotion is more tailored towards boys.”

This, she said, seems to explain the fact that the biggest gender gap could be found in the United States and Ireland, where the difference in activity levels between boys and girls was over 15 percentage points.

“In the United States, we see that since 2001, levels of insufficient activity have decreased in boys by seven percent, while there has been no change in girls,” she said.

The U.S., for instance, put in place an ambitious national plan for physical activity in 2010, but the efforts “for some reason only seem to reach boys.”

In a bid to encourage healthier living, countries have set a target of reducing physical inactivity among adults and youth alike by 15% between 2018 and 2030.

But Riley noted that meeting that target would be a challenge after driving down adolescent inactivity by a mere percentage point over the past 15 years.

“We need to do more if we want to halt the rise in obesity in this age group and promote better levels of physical activity,” she said. CL/JB