New research has found that people with cardiovascular diseases (CVD) may reap the biggest benefits from exercising regularly.

Led by researchers at Seoul National University in Seoul, Korea, the new large-scale study looked at data gathered from a total of 441,798 participants with and without CVD with an average age of 60. 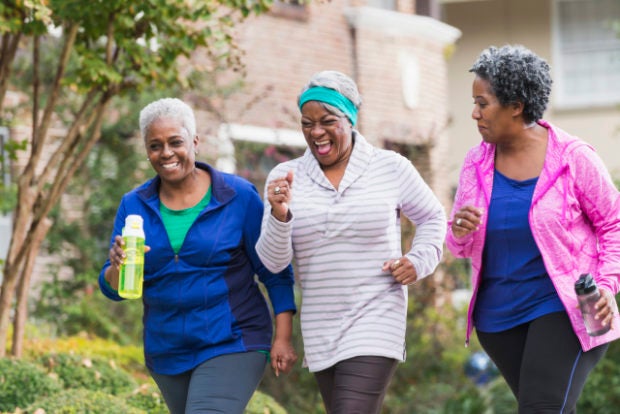 Exercise could help reduce the risk of death for those suffering from cardiovascular disease, according to new research. Image: Istock.com/Susan Chiang via AFP Relaxnews

The participants completed a health screening program between 2009 and 2015, and completed surveys which asked the participants to report on how much physical activity they had done in the past seven days. This information was then used to determine each participant’s metabolic equivalent of task minutes per week.

The findings, which were presented at the European Society of Cardiology (ESC) Congress 2019 together with the World Congress of Cardiology in addition to being published in the European Heart Journal, showed that increased physical activity reduced the risk of dying for those with and without CVD.

However, it was the participants with CVD who showed the greatest reduction in risk — for every 500 metabolic equivalent of task minutes per week the risk of death was reduced by 14% for those with CVD and 7% for those without.

In addition, the more exercise participants with CVD did, the greater the reduction in the risk of death.

“The 2016 ESC guideline for primary prevention recommends healthy adults of all ages should perform at least 150 minutes a week of moderate-intensity or 75 minutes a week of vigorous-intensity aerobic physical activity, or an equivalent combination,” said co-author Dr. Si-Hyuck Kang.

“You can achieve 1500 metabolic equivalent of task minutes a week by doing brisk walking for 30 minutes five times a week plus climbing hills for 2.5 hours once a week.” RGA/JB