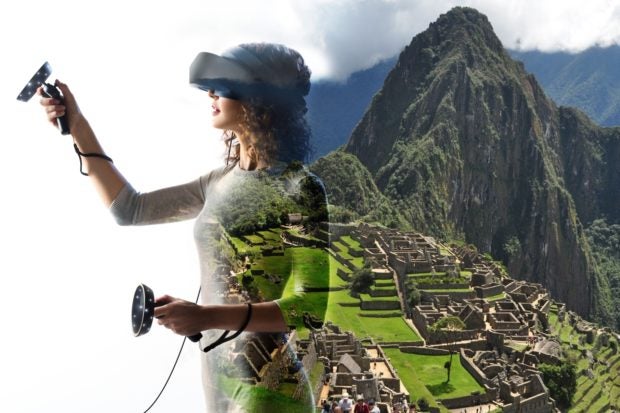 Not even Microsoft’s Windows Mixed Reality range is dovetailing with Xbox in the near future, it would seem. Image: Microsoft via AFP Relaxnews

“We’re responding to what our customers are asking for,” head of Xbox Phil Spencer said of the console brand’s decision not to pursue virtual reality (VR) content for now. “Nobody’s asking for VR.”

Are Xbox players not asking for VR because they don’t want it, or because Xbox doesn’t offer it?

Spencer suggested the second factor may be playing a role when he told Stevivor that “the vast majority of our customers know if they want a VR experience, there’s places to go get those. We see the volumes of those on PC and other places.”

The PlayStation 4 console, for example, has its PlayStation VR headset; PC gaming company Valve, which operates the Steam store, is reviving its iconic “Half-Life” franchise as a VR exclusive for March 2020.

Even though the top-tier Xbox One X, currently the world’s most powerful console, seems capable of supporting VR, and 2020’s new Xbox console will most certainly outstrip minimum requirements, Spencer appears hesitant to pursue the medium.

“It’s isolating and I think of games as a communal, kind of together experience,” he said, while softening earlier comments made in 2016 — “I’m not trying to demean the work that people are doing in VR” — together, perhaps a tacit acknowledgment of the Windows Mixed Reality range, which is overseen by Xbox owner Microsoft.

Still, his comments invite further consideration of why virtual reality technology has not yet been more widely adopted. CL/JB

ADVERTISEMENT
TOPICS: console, Microsoft, PlayStation, virtual reality, Xbox
Read Next
5G: More than 2.6 billion subscriptions worldwide by the end of 2025
EDITORS' PICK
DILG to stranded workers: ‘Stay where you are’ until Luzon-wide quarantine is over
UP-PGH wards for COVID-19 patients finished in 5 days
Style and music journeys with Claudia Barretto
IATF: Food firms to operate with 50% of workforce during Luzon quarantine
BREAKING: 1,075 people in PH has coronavirus disease – DOH
Cebu City closes its borders
MOST READ
BREAKING: 1,075 people in PH has coronavirus disease – DOH
Another doctor dies due to COVID-19 in Cebu City, doctor-husband critical
No more bread? Company forced to limit production
US lab unveils portable 5-minute COVID-19 test
Don't miss out on the latest news and information.