SAN DIEGO — A drug that curbs delusions in Parkinson’s patients did the same for people with Alzheimer’s disease and other forms of dementia in a study that was stopped early because the benefit seemed clear.

If regulators agree, the drug could become the first treatment specifically for dementia-related psychosis and the first new medicine for Alzheimer’s in nearly two decades. It targets some of the most troubling symptoms that patients and caregivers face – hallucinations that often lead to anxiety, aggression, and physical and verbal abuse.

Results were disclosed Wednesday at a conference in San Diego.

“This would be a very important advance,” said one independent expert, Dr. Howard Fillit, chief science officer of the Alzheimer’s Drug Discovery Foundation. 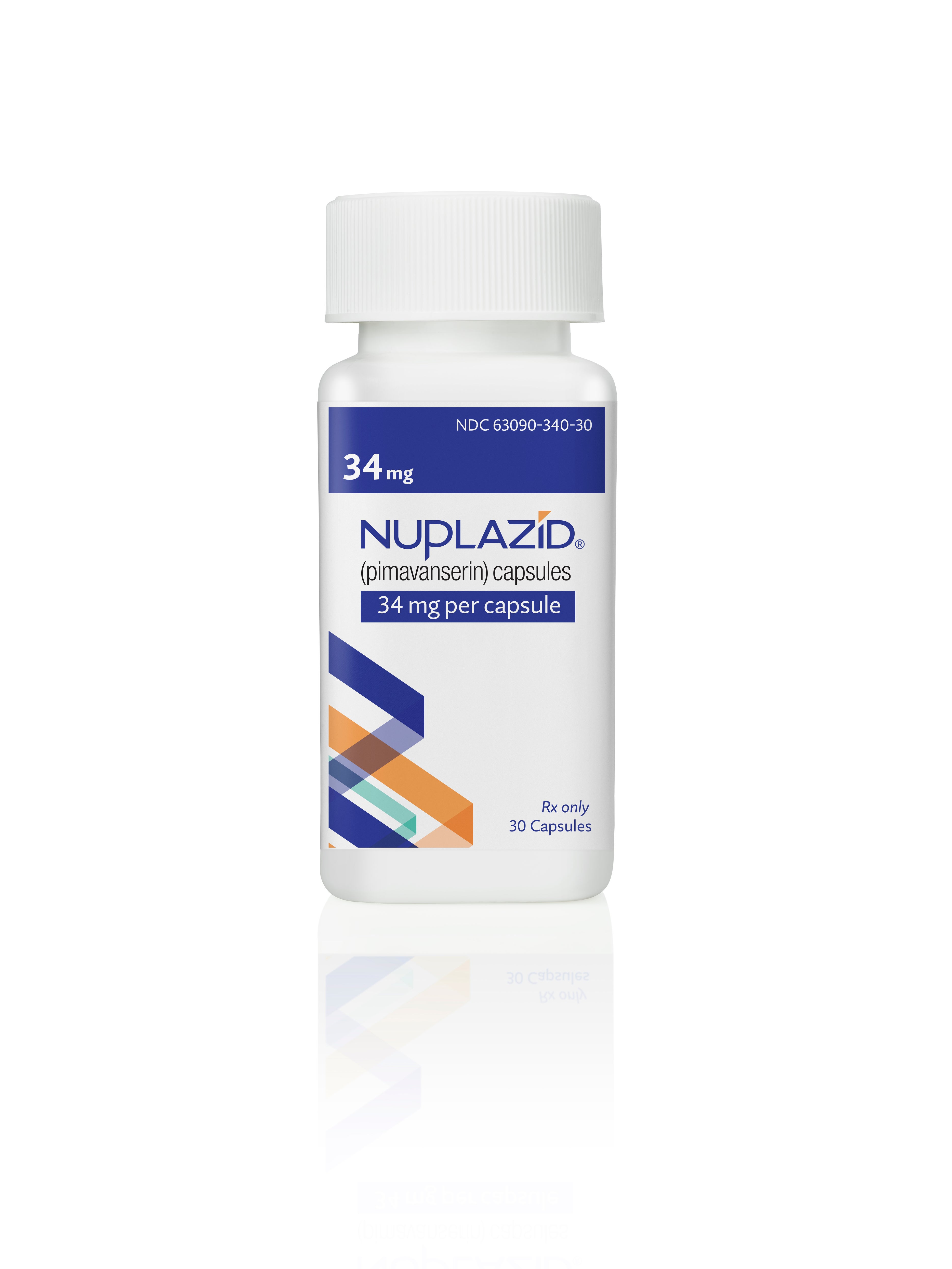 This undated photo provided by Acadia Pharmaceuticals Inc. shows a bottle of Nuplazid, a drug that was tested for treating psychosis related to dementia. If regulators agree, the drug could become the first treatment specifically for dementia-related psychosis and the first new medicine for Alzheimer’s in nearly two decades. Results from a study on the drug were disclosed Wednesday, Dec. 4, 2019, at an Alzheimer’s conference in San Diego. (Acadia Pharmaceuticals Inc. via AP)

Although the field is focused on finding a cure for dementia and preventing future cases, “there is a huge unmet need for better treatment” for those who have it now, said Maria Carrillo, the Alzheimer’s Association’s chief science officer.

The drug is pimavanserin, a daily pill sold as Nuplazid by Acadia Pharmaceuticals Inc. It was approved for Parkinson’s-related psychosis in 2016 and is thought to work by blocking a brain chemical that seems to spur delusions.

About 8 million Americans have dementia, and studies suggest that up to 30% of them develop psychosis.

He consults for Acadia and helped lead the study, which included about 400 people with dementia and psychosis. All were given a low dose of the drug for three months, and those who seemed to respond or benefit was then split into two groups. The half continued on the drug and the others were given dummy pills for six months or until they had a relapse or worsening of symptoms. Neither the patients nor their doctors knew who was getting what.

Independent monitors stopped the study when they saw that those on dummy pills were more than twice as likely as those on the drug to relapse or worsen – 28% versus nearly 13%.

There were relatively few serious side effects – 5% in the drug group and 4% in the others. Headaches and urinary tract infections were more common among those on the drug. Two deaths occurred, but study leaders said neither was related to the drug.

Carrillo said the study was small, but the drug’s effect seemed large, and it’s not known whether the federal Food and Drug Administration would want more evidence to approve a new use.

Current antipsychotic medicines have some major drawbacks and are not approved for dementia patients.

“They’re often used off label because we have very few other options,” Fillit said.

All carry warnings that they can raise the risk of death in elderly patients, as does Nuplazid.

Cost could be an issue – about $3,000 a month. What patients pay can vary depending on insurance coverage.