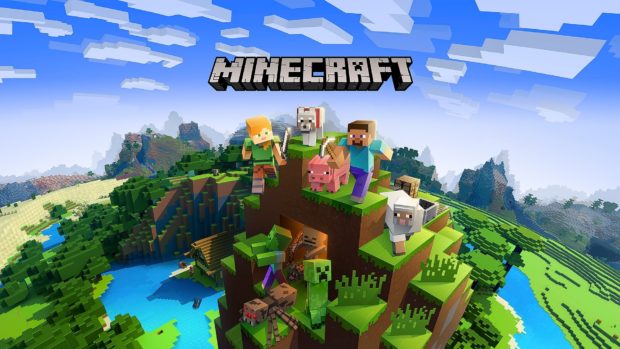 The legacy PlayStation 4 version of “Minecraft” is being retired in favor of the game’s main focus, the Bedrock Edition, which allows players to play together across iOS, Android, Xbox, Nintendo Switch, and Windows 10 versions of the game.

A free update containing the Bedrock Edition will begin rolling out on Dec. 10, separate from the PlayStation 4 Console Edition.

It also confers access to the Minecraft Marketplace, where players can find new worlds, costumes, mini-games and packs.

Meanwhile, the Console Edition will be removed from the PlayStation Network Store.

Players who have the Console Edition will be able to choose between playing the older or the newer version of the community-oriented creative construction and exploration game.

What the PlayStation Blog announcement does not detail, but the Xbox Wire’s equivalent mentions in a footnote, is that Play Station 4 players will need a Microsoft Account to access Bedrock Edition’s online features, long thought to be a major objection from Sony.

Microsoft bought “Minecraft” studio Mojang in 2014 while the Bedrock Edition started allowing cross-platform multiplayer in September 2017, first between mobile, Xbox One and Windows 10 editions, then adding Nintendo Switch in June 2018.

Sony, whose PlayStation 4 had been outselling the Xbox One, resisted the move citing security concerns. Player retention and corporate data-sharing issues were understood to be implicit in the decision.

Now, “Minecraft” becomes one of a select but growing number of games on PlayStation 4 to feature full cross-platform multiplayer between the Play Station 4 and its traditional Xbox console rival.

At the same time, Nintendo and Xbox had collaborated over the “Minecraft” Better Together update, further establishing the new cultural norm. PlayStation had to choose between reversing its multiplayer policies or losing the shine on its reputation for putting players first.

Thanks to other additions over the course of 2019, the cross-play list has already expanded to include “Rocket League”, “Dauntless”, “PUBG” (PS4 and XBO editions), “Brawlhalla”, “Super Mega Baseball 2”, “Spacelords”, Hi-Rez Studios’ “Smite”, “Paladins”, “Realm Royale” and “Call of Duty: Modern Warfare”. IB/RGA