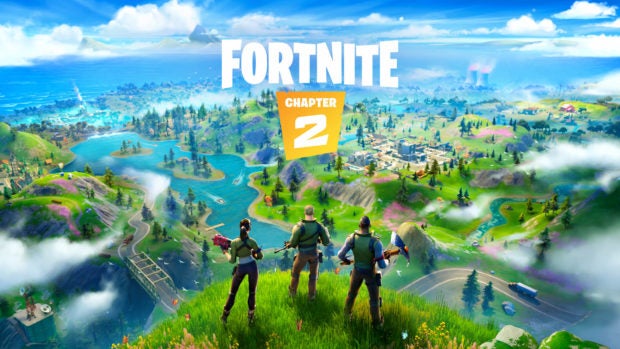 “Fortnite” rearranged its island playground in October 2019, with Risky Reels one of many returning locations. Image: courtesy of Epic Games via AFP Relaxnews

“Fortnite” players have noticed that the game is joining forces with “Star Wars: Episode IX – The Rise of Skywalker” to show an “exclusive scene” from the film, which begins a worldwide theatrical release schedule the week of Dec. 18.

Through a spread of virtual posters and a large drive-in movie screen, the event is to feature director, co-writer and producer, J. J. Abrams, who fulfilled the same roles on 2015 sequel trilogy opener “Episode VII – The Force Awakens”.

The scene will then be shown 30 minutes later, on the hour.

“Fortnite” launched on PC, Mac, PlayStation 4 and Xbox One in September 2017, then on iOS in April 2018, Nintendo Switch in June and for Android devices in August.

With 250 million players internationally, it held an inaugural World Cup tournament over the course of 2018 and the first half of 2019, offering a $3 million prize to the Solo mode champion and another $3 million split between the winning team in Duos mode.

“Star Wars: The Rise of Skywalker” marks the end of the long-running franchise’s sequel trilogy, which began with “The Force Awakens” and continued through 2017’s “The Last Jedi”.

Current Disney+ streaming service series “The Mandalorian”, which is set between “Star Wars: Episode VI – Return of the Jedi” and “Star Wars: The Force Awakens”, is to end its first season with an eighth episode made available on Dec. 27.

Production on a second season has already begun, while Disney’s “Star Wars” subsidiary Lucasfilm is known to have commissioned two more film trilogies, one from the two “Game of Thrones” showrunners, who have since left the project, and another from “The Last Jedi” writer and director Rian Johnson, while Marvel Studios head is also developing a “Star Wars” movie.

“Fortnite” had previously collaborated with Marvel Studios for “Avengers: Endgame” and with Lionsgate for “John Wick: Chapter 3”. IB/RGA