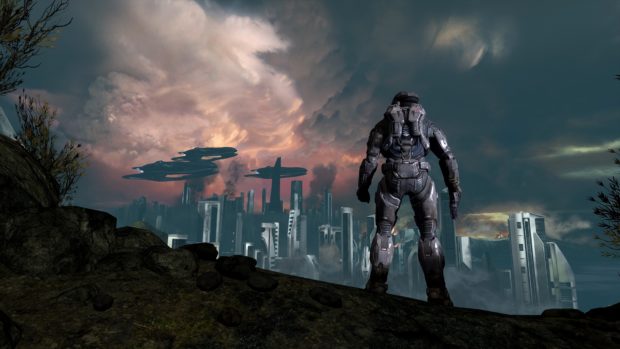 “Halo” and “Red Dead Redemption 2” appear twice in the Steam top five, “Darksiders Genesis” earns a following on two sizable stores — Humble and GOG, while bird-based social media sim “Toripon” perches atop Itch’s best-seller list and is the site’s third most popular new release among both free and paid-for games.

Do you need “Halo: The Master Chief Collection” to play “Halo Reach” on PC?

First released in 2010 for the Xbox 360 console, “Halo: Reach” was fifth in the sci-fi action franchise, the last developed by originating studio Bungie (now of “Destiny” fame), and the first to focus not on hero character Master Chief but other soldiers in the same galactic conflict.

It’s the latest addition to the Xbox One’s 2014 edition of “Halo: The Master Chief Collection”, the compilation’s first step onto PC, and the franchise’s most recent PC release since “Halo 2” in 2007.

Though buying “Halo: The Master Chief Collection” ($49, over P2,400) on PC grants access to “Halo Reach” and all subsequent additions, individual entries can be purchased and played on their own: even though the Steam catalog currently marks “Halo: Reach” ($9.99, P500) as requiring “The Master Chief Collection” to run, it does work on its own without any additional purchases.

“Red Dead Redemption 2” appears twice for a different reason. The Wild West epic released on Steam on Dec. 3 after a year’s exclusivity to PlayStation 4 and Xbox One, and a November PC debut through its developer’s storefront and the Epic Games Store. The two entries here represent pre-orders and post-release buys; after “Halo: Reach”, the ($17.99, P900) Road to the Black Sea expansion for “Euro Truck Simulator 2” was the week’s next biggest Steam purchase.

Elsewhere, action role-playing game “Darksiders Genesis”, fourth in a series whose primary influences have included “The Legend of Zelda” and then “God of War”, found favor on the Humble store and GOG with its interpretation of the isometric combat approach popularized by “Diablo”, “Torchlight” and “Path of Exile”.