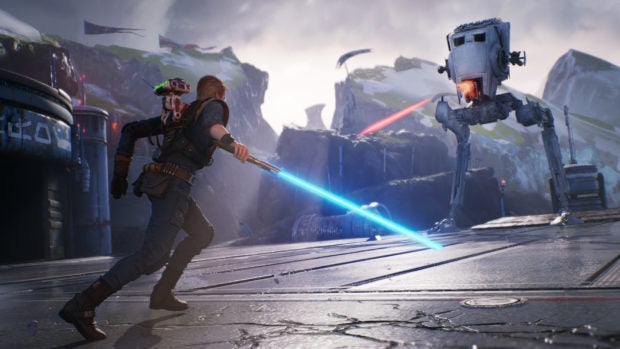 Set between Episode III and IV of the movie franchise, “Star Wars Jedi: Fallen Order” retains the number one position it had on Steam in the lead-up to release following a Sept. 15 launch.

Also available on PlayStation 4 and Xbox One, the single-player action-adventure has enjoyed a good reception from reviewers and players, despite concessions to video game mechanics and a narrowing of force powers compared to the previous “Star Wars Jedi” title.

“Halo: The Master Chief Collection” has been circling Steam’s best-seller spot for a similar period of time, arriving on PC after five years exclusivity to the Xbox One console.

The franchise collection will take the form of a staggered release, with 2010 prequel “Halo: Reach” arriving first on Dec. 3.

Like Electronic Arts’ release of “Star Wars Jedi: Fallen Order” through Steam rather than the Origin service, “Halo: MCC” also marks an end to Microsoft’s policy of keeping PC games exclusive to its own online ecosystem.

After debuting on PlayStation 4 and Xbox One in 2018, it’s been made available to purchase through the Epic Games Store, operated by the company behind enormous hit “Fortnite”, its approved affiliates (hence registering on the Humble chart) and through Google’s new game streaming service, Stadia.

Availability on Steam was telegraphed for sometime in December 2019 after that earlier Nov. 5 release.

Finally, stealth shooter “Sniper Ghost Warrior Contracts” climbed to the top of the GOG chart in its debut week.

Retro style in-development action game “Wrath: Aeon of Ruin” also entered the top five upon its early access launch; story-led secret society mystery “The Council” was originally released on PC and console in 2018 but here marks its GOG store debut with a deep discount and a highly visible second-place appearance.